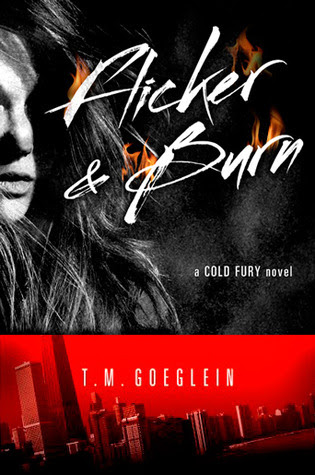 
Sara Jane Rispoli is still searching for her missing family, but instead of fighting off a turncoat uncle and crooked cops, this time she finds herself on the run from creepy beings with red, pulsing eyes and pale white skin chasing her through the streets in ice cream trucks; they can only be described as Ice Cream Creatures. They're terrifying and hell bent on killing her, but they're also a link to her family, a clue to where they might be and who has them. While she battles these new pursuers, she's also discovering more about her own cold fury and more about the Chicago Outfit, how the past misdeeds--old murders and vendettas--might just be connected to her present and the disappearance of her family. But connecting the dots is tough and time-consuming and may finally be the undoing of her relationship with the handsome Max--who's now her boyfriend. But for his own safety, Sara Jane may have to end this relationship before it even really starts. Her pursuers who've shown her her mother's amputated finger and the head of the Chicago Outfit who's just whistled her in for a sit-down make a romance unthinkable. The only thing that matters is finding her family and keeping everyone she loves alive.

My thoughts:
I read Cold Fury a while ago so I couldn't wait to read this one when I heard it was available for review. The main problem not being solved in the first book we are still trying to solve that problem within this book. Several twists and turns appear in this book. Some were quite surprising. And although I did enjoy this book, there were a few problems I had with this installment.

One of the problems was that I became very frustrated with Sara Jane. Her decisions made me want to scream when it came to her friends. Granted I could see why she either didn't want to trust them or couldn't, but the way she handled these people just frustrated me. Especially when it came to her cousin. These decisions really brought the book down for me. It didn't ruin it though.

Despite my problems with the book, I really enjoyed the rest. It had the same sense of adventure as the first one and I did enjoy the strangeness added to the plot. It just added a layer of intenseness to her plight. It may not be for everyone, however. :) Still, I am strange so it spoke to me. ;)

In the end I give this book 3.5 stars. I enjoyed the adventure despite my frustration with Sara. I need the next one because the main problem is still unsolved (no cliffie ending though).
Posted by Melissa (Books and Things) at 12:00 AM

Email ThisBlogThis!Share to TwitterShare to FacebookShare to Pinterest
Tag! You're it!: adventure, YA