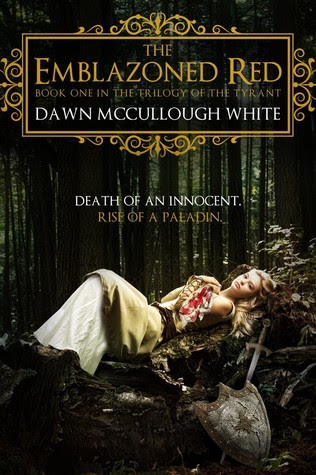 
Once, in another world—a dark world, the world of Faetta—there lived paladins and pirates, tyrants and scallywags, vampires and the undead. In this world a revolution is brewing. The royalty of Sieunes are in chains, and those priests and paladins who follow the holy word of the gods are under attack. In the west, the kingdom of Kellerhald receives the fleeing priests in their temples of the paladins of Silvius, god of the Sky.

Here, a young woman has just passed her tests to become a paladin. A pirate crew raids along the Azez Sea. An undead creature, wielding great power, roams the graveyard of Yetta. And a lost soul, crying out from beyond the veil, seeks out a pure hearted warrior to hear its plea.

Amid the turmoil of the revolution, Ilka’s mettle is tested. Rescued by pirates, she ends up with an unlikely ally: the pirate captain himself. The newly trained paladin finds herself collaborating with the undead, working with a vampire, and worst of all, longing for revenge against the man who has ignited the revolution in Sieunes: Francois Mond.

Death of an Innocent. Rise of a Paladin.

My thoughts:
I found this an odd combination of several genres. One was fantasy where a young woman is a warrior in a religion is thrust between politics and her beliefs. Another was a sort of historical romance where she is found by a pirate captain who intrigues her. Last, there is a vampire who lives in the world she is sworn to protect. Yes, it is an odd combination, but I don't shy away from odd. I've read books where these worlds are woven into one another but I have to say that this one isn't quite successful. It feels as if each of those genres are plunked down into the world instead of seamlessly blended within.

I did enjoy Ilka. She is someone who was born to privilege but finds the simple life much more appealing. She is happy in her station and even defies those that have a sense of what they feel is right for another. She does not let others dictate her place in life nor her wants and needs. I do like a character like that. I also liked the pirate Nate, but still found him oddly placed within this world. So, I had a bit of a problem with the romance, but nothing that I couldn't just ignore when reading.

I give this book 3 stars. It is an odd combination of worlds that are placed together, but that might be just what some people are wanting. It does make it a bit different than your usual read and I am curious as to what happens next. Especially since you are left wanting! :)

About Dawn McCullough White - Website | Twitter | Facebook | Goodreads
Dawn McCullough White is known for her strong female protagonists, and gritty dark fantasy.
Ms. McCullough-White has lived the majority of her life in and around Rochester, NY with a brief stint in Tucson, AZ. She is pursuing a degree in psychology at R.I.T. Dawn is a history buff and was a member of the Society of Creative Anachronism for years, active as a heavy weapons fighter. She currently resides with her husband and son in a quaint neighborhood next to an old cemetery.

Check out the other reviews for this tour HERE!
Posted by Melissa (Books and Things) at 12:00 AM

Email ThisBlogThis!Share to TwitterShare to FacebookShare to Pinterest
Tag! You're it!: blog tour, fantasy, pirates, Vampire