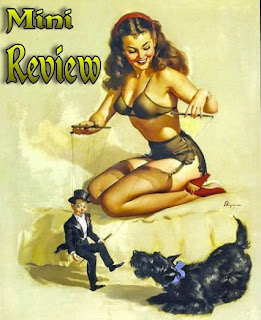 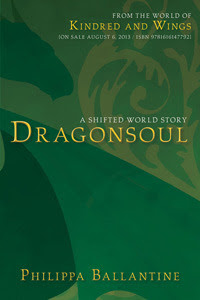 
On the back of the dragon Wahirangi, Finn the Fox flees the world he has known. As he sets out to find the brother he never knew of, he still holds in his heart the memory of the Hunter. He has denied his love for her, but he cannot deny it forever.

In the halls of the Last Believers, Talyn begins to uncover her own mysteries, but her lust for the death of the Caisah is still strong and clouds her vision. She must choose her path, as the Seer of her people or as the assassin of the overlord. Meanwhile, Byre, Talyn's brother, must venture into the fiery world of the Kindred, to rebuild the pact that his ancestors made. He will risk everything he is as he forms a new pact that will change his people forever.

Dragons and myths will be reborn, as the Hunter and her Fox face each other once more.

This is a quick novella in the well-imagined tale of the Shifted World series. The first book is Hunter and Fox which I reviewed and loved. I do suggest you read that first book before picking up this novella only because the world is then established and you can slip into the world of the novella easily. This novella is also not exactly in order, but is a part of the world, part of the history so it can be picked up at any time in the series reading. It is an interesting addition to the world and brings a tiny bit of history into the characters you get to know within the series. I give it 4 stars and do suggest that if you read and enjoy this series, pick up this little book. Plus, it's free! :)
Posted by Melissa (Books and Things) at 12:00 AM

Email ThisBlogThis!Share to TwitterShare to FacebookShare to Pinterest
Tag! You're it!: fantasy, novella