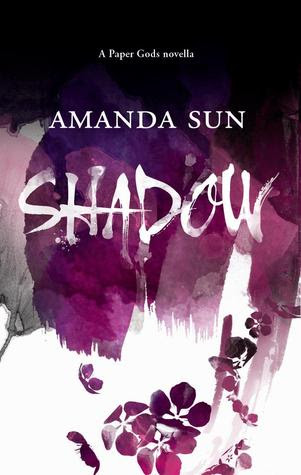 
Meet two teens whose worlds are about to change forever in this paranormal Young Adult novella, a prequel to Ink by debut author Amanda Sun…

Katie Greene’s worst nightmare comes true when her mother dies, and she’s devastated to learn that she will have to leave the only home she’s ever known. Desperate to find where she belongs, she must decide if she has what it takes to start a new life across the ocean.

For Yuu Tomohiro, every day is a nightmare. He struggles to control his strange ability, and keeps everyone at a distance so they won’t get hurt—even his girlfriend, Myu. At night, a shadow haunts his dreams, and a mysterious woman torments him with omens of death and destruction. But these haunting premonitions are only the beginning…

My thoughts:
I was about to start Ink when I spied a freebie of the prequel on the Harlequin site (link above). I thought it would give me a good start to the series.

It's a short novella with two alternating perspectives of Katie, who just lost her mother. She now must deal with that loss and immersion in a whole new culture in Japan. The other POV is Tomohiro who is dealing with strange dreams and paranormal fears that seem to be true. He is alone in his fight and he keeps others away for their safe keeping. In the end they both see each other, but have yet to meet. It's a good start to keep your interest in the story which is the goal so therefore I give it 4 stars. 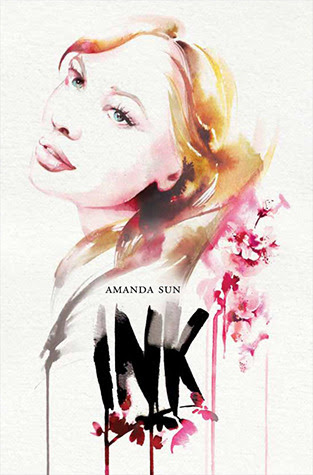 
"I looked down at the paper, still touching the tip of my shoe. I reached for it, flipping the page over to look.
Scrawls of ink outlined a drawing of a girl lying on a bench.
A sick feeling started to twist in my stomach, like motion sickness.
And then the girl in the drawing turned her head, and her inky eyes glared straight into mine."

On the heels of a family tragedy, the last thing Katie Greene wants to do is move halfway across the world. Stuck with her aunt in Shizuoka, Japan, Katie feels lost. Alone. She doesn’t know the language, she can barely hold a pair of chopsticks, and she can’t seem to get the hang of taking her shoes off whenever she enters a building.

Then there’s gorgeous but aloof Tomohiro, star of the school’s kendo team. How did he really get the scar on his arm? Katie isn’t prepared for the answer. But when she sees the things he draws start moving, there’s no denying the truth: Tomo has a connection to the ancient gods of Japan, and being near Katie is causing his abilities to spiral out of control. If the wrong people notice, they'll both be targets.

Katie never wanted to move to Japan—now she may not make it out of the country alive.

My thoughts:
Okay, I confess, I was totally taken in by the cover. How could you not? I just love the cherry blossoms running off on the side. Luckily, the cover brought me to this book which I thoroughly enjoyed. There were also some sketches drawn throughout the book which I didn't expect but enjoyed as well.

I also loved the fact that this book is set in contemporary Japan. I haven't read too many of these set in other countries so I was excited of getting into another culture. I have to say that the world building in this book was superb. I am now wanting to go to Japan to visit, especially when the cherry blossoms bloom. It all just sounds so beautiful.

Of course with this beauty comes the balance of the harsh paranormal happenings to both Katie and Tomohiro. We get to know Tomohiro's plight (which I will not reveal *evil laugh*) but we are still left questioning Katie's abilities or influence. This was the open thread left at the end of the book, which is fine with me as I don't mind some things being slowly revealed. In other words, no cliffies, just open threads.

My biggest complaint is how Katie and Tomohiro come together. Katie seems like someone who just needs to know his business regardless of the consequences. She stalks him and he ends up not minding it at all. Even though I didn't like this intro, I did like them together. I rooted for them both in the end.

I give this book 4 stars. If you want a book that will make you want to travel and enjoy an unusual paranormal problem, I suggest this book. I can't wait to see what else this book has in store.


Btw, here are the other covers listed for the book:

Just click on the pics to make it bigger...

Email ThisBlogThis!Share to TwitterShare to FacebookShare to Pinterest
Tag! You're it!: demon, gods, magic, YA