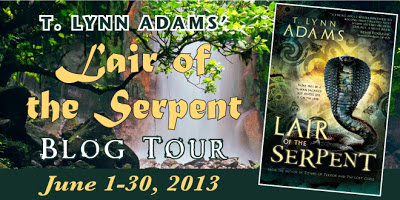 
“The shock of the assault caught the men off guard, and they struggled to control the American. They wrestled him to the ground, pinning him there, holding him fast, as Sang stood up from the ground. Cursing in Khmer, Sang pointed the gun at Jonathon’s head.”

Jonathon can’t wait to surprise Delia for her birthday. With a little help from Delia’s brother, Severino, he plans to visit them in Cambodia where his friends are both working as humanitarian volunteers. But Jonathon arrives only to learn that Delia has been kidnapped.
Determined to find her, Jonathon and Severino plunge into the world’s most heavily land-mined jungle. Hidden deep in a tangle of ancient ruins of western Cambodia, they encounter the frightening legend of the Nāga and a deadly gang known as the Black Snakes. Now, the only way to free Delia is for the friends to steal an ancient, sacred stone and use it to lure the criminals out of hiding. If Jonathon and Severino fail, all of them will die or be consumed by the brutal world of human trafficking.

Lair of the Serpent seamlessly blends intense action and suspense with family loyalty and tender romance. The rich setting and colorful characters will ignite your imagination, while the twisting plot and elements of fantasy will satisfy every adventurer’s thirst for exotic quests.

Let me start by saying this book was really good. I didn’t know if I’d enjoy it at first based on its summery. It’s not from my normal genre pool. (read: not paranormal/fantasy/sci-fi) But the author drew me in and the pages just flew by.

First let me start with the characters. Jonathon and Severino had an amazing chemistry. They are obviously close friends and they make a good team. Plus watching them interact with the rest of the characters in the book was interesting as well. Even the supporting characters had character. Even though they weren’t in every scene their personalities came through. Delia and Juan, for example, while they play pivotal roles aren’t in the majority of the story. But I still found myself becoming attached to them and hoping they would make it out ok in the end. I have to say my favorite character overall was Chey. While he isn’t a main character, he is a main supporting character and he was awesome! He was smart and cute and I think I wanted him to come out on top even more than I wanted any of the rest.

Then there is Cambodia itself. It is one of those rare occurrences where the setting seems to become a character as well. From the landscape to the people that populate it, the author really brings the country to life. There were things about the country that I found myself stopping to Google as I read because I wanted to find out more about them. I loved the fact that certain important factors of the story weren’t just made up, but actual things that happen there, and I don’t just mean the human trafficking or the cities. (For spoilers sake I won’t go into more specific detail.) The way the author presented the history of Cambodia and worked it into her story was really well done.

Even though there were amazing descriptions and lots of facts worked into the story, there was tons of action as well. I think the author found the perfect balance between the two.

There was only one main thing that bothered me about the book. It is the fact that Juan agreed to let Jonathon traipse across Cambodia looking for Delia, especially after certain events earlier on in the story. I mean Jonathon IS only 17. I think if my 17 year old were in any situation like the one he found himself in, whether it was in another country or not, I would hope that a family friend would have the common sense to keep my child out of danger AND contact me so I would know what is going on. I know there are tons of other books out there where the main character is a child or teenager that saves the world, blah, blah, blah. It just bothered me that the adults weren’t a bit more responsible. It bothered me, but not enough to keep me from being drawn into the story.

The book itself is being billed as YA, but I think that depending on the maturity of the reader it would be enjoyable for younger teens/pre-teens and even some higher level mid grade readers. The book is clean compared to a lot of others out there; however I would still recommend that if you are a parent you read it before giving it to any younger teens or below. The trafficking of human beings isn’t light subject matter and might be a little too much. Not to mention there is A LOT of violence as well. Not over the top gore or anything, but still something to consider before just blindly handing the book to a kid.

Overall I think the book is great and I can see why they are willing to make it into a movie. I give it an easy 5 out of 5 stars. Definitely a great book to relax with this summer, although maybe not if you’re vacation plans include heading to Cambodia without a body guard. Lol.

Yep, you heard right, this book is optioned for a movie! Sweet! So, AimeeKay's review got you curious? Guess what?

The author, T. Lynn Adams is letting me have a giveaway of the book! If you have a snail mail US addy, you can ask for the physical book. If you have an international addy, then your option is an ebook format.
To enter just fill out the rafflecopter form below:
a Rafflecopter giveaway
Posted by Melissa (Books and Things) at 12:00 AM