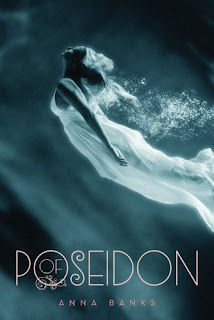 Of Poseidon by Anna Banks
tbp: May 22, 2012
Description:
Emma and her friend Chloe are spending vacation in Florida. When Emma (literally) runs into a hot guy named Galen on the beach, little does she know he’s a prince of the Syrena. Galen and Emma both feel something strange – is it attraction? – and Galen suspects that Emma might well be the girl he’s heard of – a human who can communicate with fish.

What follows is a deadly scene with a shark in which Galen witnesses Emma’s gifts. He must know more about her, and follows her back to New Jersey, and high school, to find out for sure if she’s the key to saving his kingdom. Soon, Emma can’t deny her feelings for him, but can’t explain them, either – and both she and Galen must learn more about where she comes from and what her powers are before they can trust one another and their feelings

This is Not a Test by Courtney Summers
tbp: June 2012
Description:
It’s the end of the world. Six students have taken cover in Cortege High but shelter is little comfort when the dead outside won’t stop pounding on the doors. One bite is all it takes to kill a person and bring them back as a monstrous version of their former self. To Sloane Price, that doesn’t sound so bad. Six months ago, her world collapsed and since then, she’s failed to find a reason to keep going. Now seems like the perfect time to give up.

As Sloane eagerly waits for the barricades to fall, she’s forced to witness the apocalypse through the eyes of five people who actually want to live. But as the days crawl by, everyone’s motivations to survive begin to change in startling ways and soon the group’s fate is determined less and less by what’s happening outside and more and more by the unpredictable and violent bids for life–and death–inside.

When everything is gone, what do you hold on to?

So, what is on your wishlist this week?
Don't forget to check out the giveaways on the blog. All are listed below the header. There will be another giveaway tomorrow too!
Posted by Melissa (Books and Things) at 12:00 AM