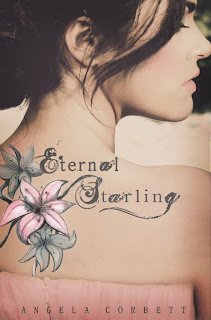 Evie Starling has lived a relatively uneventful life hanging out with friends, gossiping about boys, and driving her 1966 Mustang. All of that changes when she moves to Gunnison, Colorado, to start college and meets two mysterious men.

For centuries, Alex Night and Emil Stone have yearned for Evie—but they each have their own reasons for wanting to be with her. When both men claim to be her soul mate and tell her about an unbelievable past, Evie learns that she’s not the person she thought she was. Soon, Evie finds herself in the middle of an age-old battle between the Amaranthine Society—the soul protectors, and the Daevos Resistance—the soul destroyers. With a past she doesn’t understand, and a future rife with danger, Evie has to decide who she can trust. But Alex and Emil aren’t the only ones who want Evie, and her soul is about to become the rope in an eternal tug-of-war.

Shadow City by Diana Pharaoh Francis
Horngate Witches #3
tbp: Dec. 27, 2011
Description:
The world is falling apart. The magical apocalypse has come. Now is the time to guard the covenstead against both raiders and refugees. But Max has been stolen by a powerful demi-god who is determined to force her to find a way to use a magical power she never knew she had—even if it kills her. Meanwhile, back in Horngate, a Fury is birthing. When the creature breaks free of the fragile bonds that enclose her, her rage will scour the covenstead from the earth.

Max finds herself in the Shadow City, a place of mysteries and magic, where she must battle for her freedom or become a slave to creatures of dreadful greed and power. Back in Horngate, Alexander must swallow his anger and pride if he hopes to defeat the Fury, a creature that no one has ever successfully fought before.

In the end, it will be courage, friendship, faith and loyalty that win the day. Or else so one will live to see tomorrow. 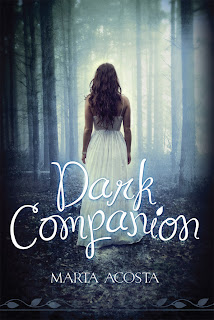 Small, plain Jane Williams, a high-achieving foster girl, jumps at the chance to escape her violent neighborhood when she is offered a full-scholarship to the exclusive Birch Grove Academy for Girls. She's even given living quarters, the old groundskeeper's cottage in a grove of birches. The classes are amazing, the campus is lovely, and the other students are bright and inquisitive. The headmistress's family -- including her handsome sons -- is especially friendly.

It all seems too good to be true. But the longer Jane stays at Birch Grove, the more questions she has about another scholarship girl who mysteriously left the school. What price is Jane willing to pay to get the security and safety she's always wanted?

By a Thread by Jennifer Estep
Elemental Assassin #6
tbp: Feb. 28, 2012
Description:
Gin Blanco never thought she’d need a vacation from being an assassin. But a few weeks ago, she killed Mab Monroe, her nemesis and the most powerful Fire elemental in Ashland. Now, all the city’s lowlifes are trying to make a name for themselves by taking out the Spider. So she heads south to a swanky beach town, along with her baby sister, Bria, for a weekend of fun in the sun. But when an old friend of Bria’s is threatened by a powerful vampire with deadly elemental magic, it looks like Gin will have to dig the silverstone knives out of her suitcase after all. But this time, her special powers might not be enough to prevent her from coming home in a pine box…