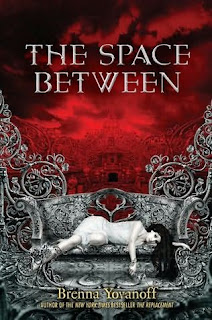 
Everything burns in Pandemonium

Everything is made of steel, even the flowers. How can you love anything in a place like this?

Daphne is the half-demon, half-fallen angel daughter of Lucifer and Lilith. Life for her is an endless expanse of time, until her brother Obie is kidnapped—and Daphne realizes she may be partially responsible. Determined to find him, Daphne travels from her home in Pandemonium to the vast streets of Earth, where everything is colder and more terrifying. With the help of the human boy she believes was the last person to see her brother alive, Daphne glimpses into his dreams, discovering clues to Obie’s whereabouts. As she delves deeper into her demonic powers, she must navigate the jealousies and alliances of the violent archangels who stand in her way. But she also discovers, unexpectedly, what it means to love and be human in a world where human is the hardest thing to be.

This second novel by rising star Brenna Yovanoff is a story of identity, discovery, and a troubled love between two people struggling to find their place both in our world and theirs.

Watched by Sharde Richardson
TBP: May 30, 2011
(Thanks to Teens Read and Write for this one. I didn't know about it! *gasp*)


Mikayla doesn’t want much: just to rock out to her favorite band, become the next Kwiki Stop video gaming champion, and keep her Q-tip habit under control. What she does want is the sight of the sudden inexplicable dark auras around everyone to stop. Problem is, those auras are demons and Mikayla is the last trait holder with the power to ban them. Which is a total buzz kill.

To make matters worse, the town folk of Sulphur Springs don’t look the same, and her classmates are a little dark in the eyes. There are murders, suicides, reckless skinny-dipping, gratuitous use of Q-tips, and newfound powers that Mikayla must learn to control.

Her past becomes present when a shape-shifter tells her what her true identity is, and how to keep the demons of Hell from nipping at her Converse. Through him she’ll discover who to trust, who to kiss, and how valuable her abilities are to the right beings. Because the evils of Hell aren’t staying down without a fight.

Or without her soul.

So do you know where you and your wishlist are in this world?
Posted by Melissa (Books and Things) at 12:00 AM