My Wishlist: The Geomancer by Clay and Susan Griffith 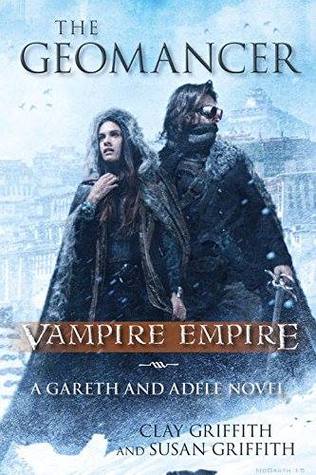 The apocalyptic event in Edinburgh weakened Adele's geomantic abilities. If the Witchfinder can use geomancy against humanity, she may not have the power to stop him. If she can't, there is nowhere beyond his reach and no one he cannot kill.
From a Britain struggling to rebuild to the vampire capital of Paris, from the heart of the Equatorian Empire to a vampire monastery in far-away Tibet, old friends and past enemies return. Unexpected allies and terrible new villains arise. Adele and Gareth fight side-by-side as always, but they can never be the same if they hope to survive.

Oh I'm curious as to where this one will go since I thought the series complete.
Posted by Melissa (Books and Things) at 12:00 AM

Email ThisBlogThis!Share to TwitterShare to FacebookShare to Pinterest
Tag! You're it!: adult, Vampire, Wishlist