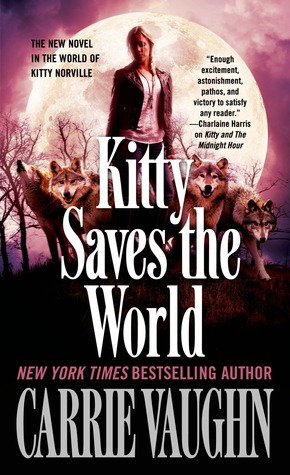 
The final novel in the New York Times bestselling series

It’s all come down to this, following the discoveries made by Cormac in Low Midnight, Kitty and her allies are ready to strike. But, when their assassination attempt on the evil vampire Dux Bellorum fails, Kitty finds herself running out of time. The elusive vampire lord has begun his apocalyptic end game, and Kitty still doesn’t know where he will strike.

Meanwhile, pressure mounts in Denver as Kitty and her pack begin to experience the true reach of Dux Bellorum’s cult. Outnumbered and outgunned at every turn, the stakes have never been higher for Kitty. She will have to call on allies both old and new in order to save not just her family and friends, but the rest of the world as well.

The last book! NOooooOOOO! I love this series. This is one series where you can actually see that the main character grows into someone who is strong and capable. Considering where she started, looking back it was a great ride. This is one of those series who may not love Kitty in the beginning but will LOVE her quickly and want to be her bff in the end. This book also has great secondary characters (off-shoot series??? *hopes*) so I can see Carrie Vaughn possibly heading in that direction if she has more to tell in this world. I will be a happy reader if that happens. However, I do understand that an author wants to leave a series on a up note rather than let it flounder before it ends.

In this book we finally get what we have been building toward for several books. The arc has been frustrating as you want it to end, but didn't want it to come too soon. I think this was the perfect balance and what an ending. I'm not always a fan of the ending series book, but this one had me from the beginning to the end. In fact I didn't want to read it too fast since I knew it was the last Kitty book.

I give this book 5 stars. I loved that this one had an epilogue and it was a perfect end to a fun series. The ending brought us back a bit but kept us moving forward to a future which is hopefully bright for the characters we leave for (possibly?) good. This is a series you want to start at the beginning and read all the way through to the end.
Posted by Melissa (Books and Things) at 12:00 AM

Email ThisBlogThis!Share to TwitterShare to FacebookShare to Pinterest
Tag! You're it!: adult, magic, mythology, werewolf