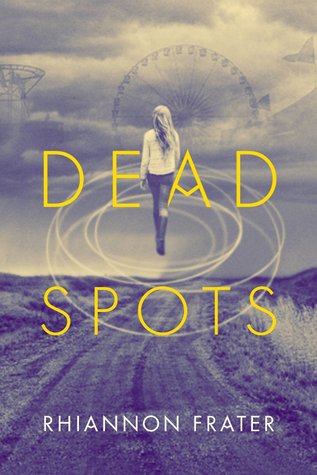 
In the dead spots, dreams become reality, terror knows your name, and nightmares can kill you.

The stillbirth of Mackenzie's son destroyed her marriage. Grieving, Mac reluctantly heads for her childhood home to seek refuge with her mother, who constantly reminds her of life's dangers.

Driving across Texas, Mac swerves to avoid hitting a deer...and winds up in a dead spot, a frightening place that lies between the worlds of the living and the dead. If they can control their imaginations, people can literally bring their dreams to life—but most are beseiged by fears and nightmares which pursue them relentlessly.

Mackenzie's mother and husband haunt her, driving her to the brink of madness. Then she hears a child call for help and her maternal instincts kick into overdrive. Grant, Mac's ally in the dead spots, insists Johnny is a phantom, but the boy seems so real, so alive....

As the true horrors of the dead spots are slowly revealed, Mackenzie realizes that time is running out. But exits from the dead spots are nearly impossible to find, and defended by things almost beyond imagination.In the dead spots, dreams become reality, terror knows your name, and nightmares can kill you.

My thoughts:
This book felt like a twilight zone movie. You are thrust into an unknown realm full of rules you don't know and don't understand. It is dangerous to not know these rules and most things out there want to drain you and make you their prisoner. It isn't a jaunty tour of the backroad country.

We start with Mackenzie who is overwhelmed with several losses at once. Her life is in a total upheaval and her grief is threatening to consume her. She does what she can to move forward, but it seems like she is going in slow motion. She stumbles into a "dead spot" and that is where her adventure starts all at once twisting our sense of what is real and what is fantasy.

Although I did enjoy the twists in this story (one of them I was almost yelling at Mackenzie to "get it") what I really loved was her transformation. The grief and emotional and physical attacks could either tear a person down or build to a stronger person. She chose the latter and I really enjoyed the person she became at the end of the story.

My biggest complaint is a small one. I need an epilogue. I need to know that there is truly an HEA. What occurred to me is that there was no escape or that they stumbled onto another world. Actually there are too many possibilities to think about and I blame this book! :) It had so many twists I started inventing possibilities with the ending. Do note that despite my want of an epilogue the ending was complete.

I give this book 4 stars and I recommend it to those that enjoy a twisty tale with a strong contemporary woman.
Posted by Melissa (Books and Things) at 12:00 AM