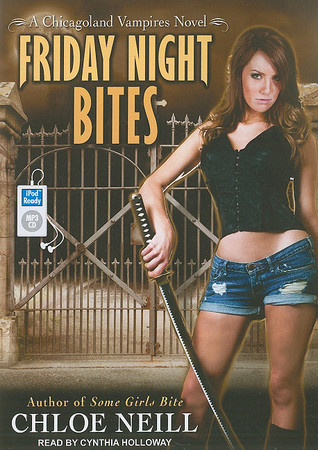 You'd think headlines like that would have provoked the fine citizens of the Windy City to take up arms against us bloodsucking fiends. Instead, ten months later, we're enjoying a celebrity status reserved for the Hollywood elite—fending off paparazzi only slightly less dangerous than cross- and stake-wielding slayers. Don't get me wrong. Joe Public isn't exactly thrilled to be living side-by-side with the undead, but at least they haven't stormed the castle...yet.

All that will change once they learn about the Raves—mass feeding parties where vampires round up humans like cattle and drink themselves silly. Most civilized vampires frown on this behavior—but that doesn't make good copy for a first-time reporter looking to impress his high-society family.

So now my "master"—the centuries-old yet gorgeously well-preserved Ethan Sullivan—wants me to reconnect with my own upper-class family and act as liaison between humans and vampires...and keep the more unsavory aspects of our existence out of the media. But someone doesn't want people and vamps to play nicey-nice—someone with an ancient grudge.

I enjoyed this one more than the first and it held my interest much better. I still enjoyed Merit, the heroine, in the story as well as the secondary characters. I have yet to get the warm fuzzies for Ethan but I will say that toward the end of the book I am now willing to admit I may give him a chance. There is still something mysterious with his involvement in Merit's turning (I'm guessing).

I didn't like how the situation was handled with Mallory, her bestie, but it also makes sense. Still, I do hope things aren't dropped and work out. I really like that girl. I'm also happy to say that there is somewhat of a resolution on the triangle and Morgan is not high on my list of likable vamps. Yea, I'm getting close to saying too much so I'll stop now.

I give this audio 4 stars. I'm enjoying Cynthia Holloway's narration and I recommend it on audio if you can get it. Ignore the covers, I'm not loving those and it doesn't look like anything Merit would wear.
Posted by Melissa (Books and Things) at 12:00 AM