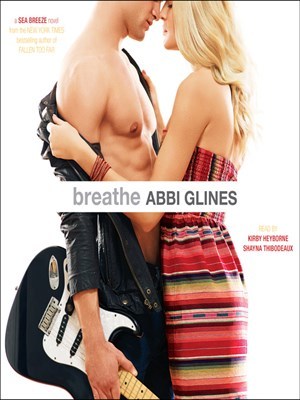 
Sadie White's summer job is at the beach, but she won't be working as a lifeguard. Since her mom is pregnant and refuses to work, Sadie will be taking over as a domestic servant for a wealthy family on a nearby island.

When the family arrives at their summer getaway, Sadie is surprised to learn that the owner of the house is Jax Stone, one of the hottest teen rockers in the world. If Sadie were normal--if she hadn't spent her life raising her mother and taking care of the house--maybe she'd be excited about working for a rock star. But she's not.

Even though Sadie isn't impressed by Jax's fame, he is drawn to her. Everything about Sadie fascinates Jax, but he fights his attraction: Relationships never work in his world, and as badly as he wants Sadie, he believes she deserves more. Yet as the summer stretches on, Jax's passion leaves him breathless--and Sadie feels like the only source of oxygen.

Can their love overcome the disparity in their lifestyles? One breath at a time, they're going to find out...

My thoughts:
I rarely do NA contemporary romance books but I thought I'd give this one a try since I won a audiobook narrated by Kirby Heyborne. While Kirby's narrations were very good and flowed well, I'd have to say I didn't like Shayna's as much. Her characters were good, but the stuff inbetween was a bit flat.

I just couldn't get into the story. While I could get behind a innocent character, I just couldn't believe that Sadie was naive. Her mother's actions and neglect alone wouldn't allow her to stay naive. In the end I had to dnf the audiobook because I just couldn't get past all the clichés of innocent girl and bad boy boyfriend. However I would recommend it to those that enjoy NA contemporary romance. It just wasn't for me. 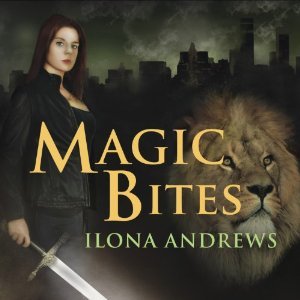 Atlanta would be a nice place to live, if it weren't for the magic. When the magic is up, rogue mages cast their spells and monsters appear, while guns refuse to fire and cars fail to start. But then technology returns, and the magic recedes as unpredictably as it arose, leaving all kinds of paranormal problems in its wake.

Kate Daniels is a down-on-her-luck mercenary who makes her living cleaning up these magical problems. But when Kate's guardian is murdered, her quest for justice draws her into a power struggle between two strong factions within Atlanta's magic circles.

The Masters of the Dead, necromancers who can control vampires, and the Pack, a paramilitary clan of shapechangers, blame each other for a series of bizarre killings - and the death of Kate's guardian may be part of the same mystery. Pressured by both sides to find the killer, Kate realizes she's way out of her league - but she wouldn't have it any other way.

My thoughts:
I'm trying to catch up to the numerous UF books I have wanted to try. I decided to finally start the Kate Daniels series. I enjoyed Renée Raudman's narration and now have her firmly in my head for Kate. I will also do the next one on audio because of her narration.

I did have some problems sorting out all the world building. In this way it might have been better to read than have it on audio. Still, I wasn't too lost to not be able to enjoy the book and I think that my understanding of this world will come as the series progresses. I enjoyed the characters and really liked Kate. I'm also intrigued by Curran. I know he will become more important as the series progresses. It is the characters that will have me reading more in this series. I give this one 3 stars and recommend it to those that enjoy UF.
Posted by Melissa (Books and Things) at 12:00 AM