Meme hosted by Melissa My World in Words and Pages. It's about books that are already on the shelves and are waiting to be read. Go to her website to join in!
My submission this week: 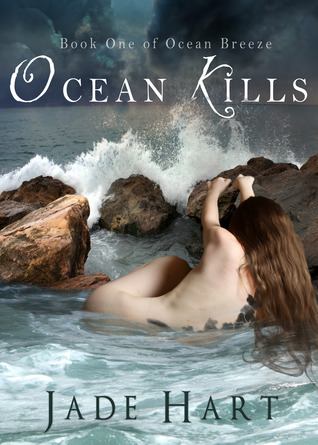 
Around the world, murderers and rapists pick off the innocent. Killing loved ones, separating families, and ruining lives.

As an eight-year-old girl, Ocean witnessed her family’s massacre and something altered inside her. Twisting her genetic code… unlocking an ability to teleport.
Ocean Breeze was never destined to be normal, especially having been named after air-freshener. She’s a shadow, a ghost—a dark saviour of the innocent. Armed with a switchblade in her bra, and a box-cutter in her pocket, she hunts the filth of the world.

Callan Bliss is a Sydney police officer whose skill-set is far above that of a normal cop. All his fellow officers see is a hard worker who loves to catch perpetrators and surf, but that’s because they don’t know about his past. When Callan arrests a suspicious-looking prostitute, he comes face-to-face with a self-confessed vigilante, and suddenly, his secrets aren’t so easy to keep silent.

Ocean hates the police with a passion, and has no intention of being held captive by a cop, even if he is sexy as hell. Teleporting from under his nose, Ocean hunts her next target—a man responsible for the largest sex ring in South Africa—and now he’s about to die. But she doesn’t count on Callan giving chase, nor the body-quaking lust that consumes them. However, Ocean's dark hobbies take precedence over what her heart wants—her thirst for murdering is killing her too, and not even Callan can save her

Got this one when it was free as it sounds quite interesting. Any freebies still needing to be read on your tbr?
Posted by Melissa (Books and Things) at 12:00 AM