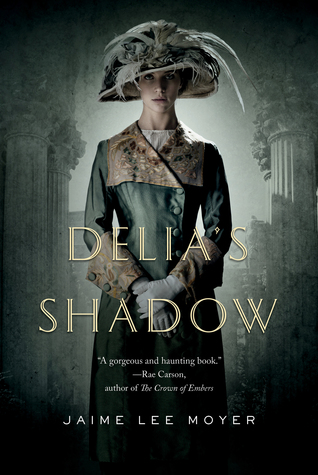 
A dark, romantic fantasy set against the backdrop of San Francisco devastated by the Great Quake

It is the dawn of a new century in San Francisco and Delia Martin is a wealthy young woman whose life appears ideal. But a dark secret colors her life, for Delia’s most loyal companions are ghosts, as she has been gifted (or some would say cursed) with an ability to peer across to the other side.

Since the great quake rocked her city in 1906, Delia has been haunted by an avalanche of the dead clamoring for her help. Delia flees to the other side of the continent, hoping to gain some peace. After several years in New York, Delia believes she is free…until one determined specter appears and she realizes that she must return to the City by the Bay in order to put this tortured soul to rest.

It will not be easy, as the ghost is only one of the many victims of a serial killer who was never caught. A killer who after thirty years is killing again.

And who is now aware of Delia’s existence.

My thoughts:
I would classify this book as a historical, ghost story, and serial killer murder mystery all wrapped up in one book. I think those who love those type of genres will enjoy how all come together in this story.

Oh and I can't forget one more genre that snuck in... there is a sweet love story thrown in that takes it's time to blossom. It isn't the main plot but it does seem to enhance our enjoyment of the main characters. I must also mention that the secondary characters were well done. You will end up rooting for them as much as the main characters.

The main event is the ghost story and how it integrates with the serial killer haunting San Francisco. Even though this is the main plot, it didn't overwhelm the rest of the story. Mostly it was about the characters and their involvement as the story unfolds. There is one twist in the story but it doesn't come off as a shock to the reader as much as it does to the characters because we weren't (as the characters weren't) privy to the information needed to achieve such a huge twist, but it works anyway because you become involved with the characters. The bigger twists are with the ghosts and who they were in life.

I give this book 4 stars. I really enjoyed my time in historical San Francisco and I'm also glad to see that this book is part of a series. It reads as a complete novel and really doesn't need more story to be told. However, since I did enjoy the characters so much I wouldn't want to miss the next installment in Delia's life.
Posted by Melissa (Books and Things) at 12:00 AM

Email ThisBlogThis!Share to TwitterShare to FacebookShare to Pinterest
Tag! You're it!: ghost, historical, mystery