My submissionS this week are... 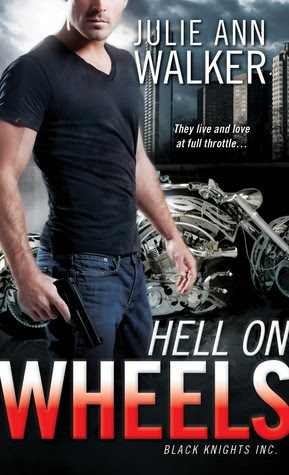 
Black Knights Inc.--Behind the facade of their tricked-out motorcycle shop is an elite special ops team assigned the jobs too hot for anyone else to handle.
Hold On Tight...

Ex-Marine Nate "Ghost" Weller is an expert at keeping his cool--and his distance--which makes him one hell of a sniper. It's also how he keeps his feelings for Ali Morgan in check. Sweet, sexy Ali has always revved his engine, but she's his best friend's baby sister...and totally off limits.

Ali's never seen anything sexier than Nate Weller straddling his custom Harley--or the flash of danger in his eyes when she tells him she's in trouble. First something happened to her brother, and now she's become the target of a nasty international organization. With Nate, her life is in the most capable hands possible--but her heart is another story altogether. 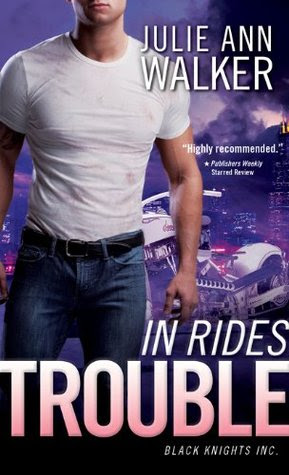 
Rebel with a Cause

Becky "Rebel" Reichert never actually goes looking for trouble. It just has a tendency to find her. Like the day Frank Knight showed up at her door, wanting to use her motorcycle shop as a cover for his elite special ops team. But Becky prides herself on being able to hang with the big boys-she can weld, drive, and shoot just as well as any of them.

Man with a Mission

Munitions, missiles, and mayhem are Frank's way of life. The last thing the ex-SEAL wants is for one brash blonde to come within fifty feet of anything that goes boom. Yet it's just his rotten luck when she ends up in a hostage situation at sea. Come hell or high water, he will get her back-whether she says she needs him or not. 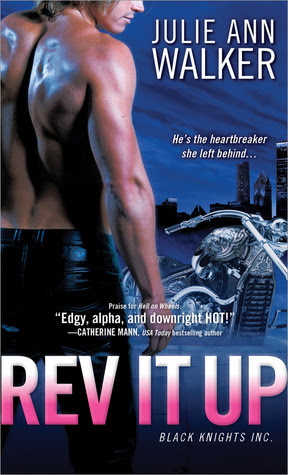 
He Never Misses a Target

Jake "the Snake" Sommers earned his SEAL codename by striking quickly and quietly - and with lethal force. That's how he broke Michelle Carter's heart. It was the only way to keep her safe - from himself. Four long years later, Jake is determined to get a second chance. But to steal back into Michelle's loving arms, Jake is going to have to prove he can take things slow. Real slow...

She Aims to Make Him Beg

Michelle Carter has never forgiven Jake for being so cliché as to "love her and leave her." But when her brother, head of the Black Knights elite ops agency, ticks off the wrong mobster, she must do the unimaginable: place her life in Jake's hands. No matter what they call him, this man is far from cold-blooded. And once he's wrapped around her heart, he'll never let her go...

Unfortunately no eyes to get lost in... somehow they don't need to see... Still a nice view. :) Just some fun books I read last year. I know 2 of the 3 don't have their tops off, but still... :D

So what is in your top off Tuesday view?
Posted by Melissa (Books and Things) at 12:00 AM