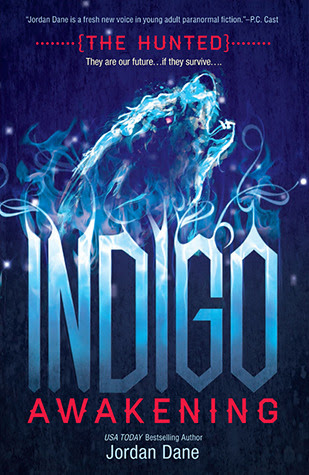 Voices told Lucas Darby to run. Voices no one else can hear. He’s warned his sister not to look for him, but Rayne refuses to let her troubled brother vanish on the streets of LA. In her desperate search, she meets Gabriel Stewart, a runaway with mysterious powers and far too many secrets. Rayne can’t explain her crazy need to trust the strange yet compelling boy—to touch him—to protect him even though he scares her.

A fanatical church secretly hunts psychic kids—gifted “Indigo” teens feared to be the next evolution of mankind—for reasons only “the Believers” know. Now Rayne’s only hope is Gabe, who is haunted by an awakening power—a force darker than either of them imagine—that could doom them all.


This was an interesting take on children born with various psychic powers. There is actually a theory about indigo children that this book takes and then builds a nail bitting story around. In this book Rayne is a girl with a troubled past. Her brother who means everything to her has run away from the mental institution their older sister has put him in due to his "peculiarities".  She does what she can to find him and runs into another like him and becomes involved in Luke, her brother's new found world. You also find yourself running from the bad guys who are quite evil and have no problems killing kids. This puts you on the edge of your seat several times trying to figure out if they will make it or not.

You also get involved in a lot of secondary characters as well. Most of these are the kids, but you also get a glimpse into the evil that hunts these kids. Although you never really find out why... exactly... they want these kids, you are convinced that they are evil nonetheless.

I have to say that this was an interesting book. However, I have to say that although I did connect to some of the characters, I ended up disconnecting with them in the end. When any of them found their powers they seemed to become more aloof rather than more sensitive and that distanced themselves from me quickly. I also found myself becoming distant from Rayne who had no powers because she was constantly in fear, but her actions did not reflect it. It was a odd contradiction. I also have to say that although the plot is gripping, it is also predictable. Still, it has some good ideas which I think can be fixed within the coming books.

I give this book 3 stars. It's interesting and entertaining and might be good for those that want a fast intense ride.

Email ThisBlogThis!Share to TwitterShare to FacebookShare to Pinterest
Tag! You're it!: ghost, psychic, YA