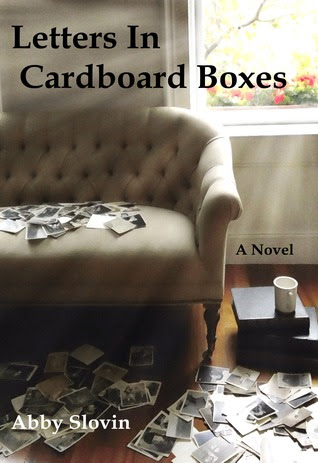 Winner of the First Horizon Award for superior work by a debut writer, Letters In Cardboard Boxes tells the story of an eccentric grandmother and her granddaughter alongside a series of fantastical letters they once exchanged. Their letters once traversed the East River to help Parker escape the loneliness of a childhood without her globe-trekking parents and communicate during her turbulent teenage years. Now, nearly a decade later, Parker begins to rediscover this letter writing tradition, as well as the family’s untold stories and, unexpectedly, letters from her grandmother’s own youth that paint a very different portrait of the woman who raised her.

Letters carries us through the universally-shared experience of loss and the process of coping with life’s unexpected twists and turns. Through unusual and bold characters, the story moves through some of its heavier themes with honesty and humor.


Letters in Cardboard Boxes tells the story of Parker and how she handles her grandmother’s descent into dementia. Another main part of the story is that Parker finds herself struggling to figure out exactly who she herself actually is.

I’m kind of in limbo with this one. The beginning of the story was slow. Really it just seemed to be taking forever to get to where it was going. Near the middle, though more towards the end, it seemed to pick up a little steam. I guess my whole issue was that there was no clear climax or defining moment in the book, just as the ending just ends. I guess it mirrors real life in that way, but still it feels as if something is missing.

I also had a hard time connecting with Parker. She just rubbed me the wrong way. Maybe it was the fact that she just let everything happen to her, she never seemed to be willing to step in a take charge of her own path. *shrug* Not really sure what the exact reason was…I just know that she grated on my nerves. In fact, I felt more concern and interest in some of the other characters in the book then I did in her.

However there were some very moving scenes in the book. Especially between Parker and her grandmother as the book progressed. Some almost brought me to the point of tears. If more of the book had pulled me into it in this way I would be raving about it right now. However it didn’t, instead it just left me feeling slightly annoyed that it hadn’t gotten better earlier on and wishing it had had a more complete ending.