Welcome to Anara, a world mysteriously crumbling to devastation, where nothing is what it seems: Ancient relics emit technologically advanced powers, members of the old Order are hunted by the governing Watch yet revered by the people, and the great energy that connects all seems to also be destroying all. The only hope for the world lies in Galen, a man of the old Order and a Keeper of relics, and his sixteen-year-old apprentice, Raffi. They know of a secret relic with great power that has been hidden for centuries. As they search for it, they will be tested beyond their limits. For there are monsters; some human, some not; that also want the relic's power and will stop at nothing to get it.

This is a fantasy book for the YA crowd. One I would have loved as a kid and enjoyed as an adult. As with some fantasy books we are dropped right in the middle of what is going on, so it took me a couple of chapters to really get into the story line. Once I did, I really enjoyed the adventure with Galen and Raffi and eventually a character named Careys. I do admit once she showed up, the adventure really took off for me.

Besides the characters the world was very interesting. What were these relics that were left from the "Makers"? Was it from outerspace? Was it from an alternate dimension? As soon as some of these questions seemed answered, it was replaced with the same ones soon after. Perhaps it is a blend of both or neither. Perhaps they developed in other ways that was unexpected? Since this one was the first in a series, I didn't expect them to be fully answered even if I hoped they would. We won't know until the adventure continues and we follow Galen and Raffi to other parts of Anara and gather more clues along the way. Now, don't let what I just said deter you from reading this book. It isn't a cliffhanger but, I admit, it isn't finished either. It is a great start to a fun fantasy adventure. I give this book 3 1/2 stars and I can't wait for the next installment.

I received this book from LibraryThings Early Reviewer's program and Dial Publishing. No compensation for my review was given. 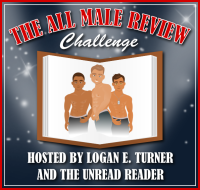 Posted by Melissa (Books and Things) at 5:00 AM

Email ThisBlogThis!Share to TwitterShare to FacebookShare to Pinterest
Tag! You're it!: fantasy, magic, YA