On My Soapbox... of Kindness and Love! 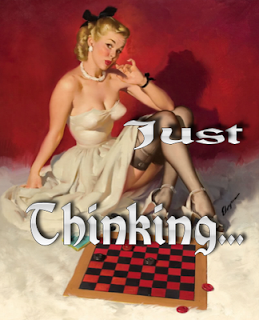 With everything going on there is too much to say and not enough. So much death and violence this year. Too much. In trying to keep the post as simple as possible I want to share several quotes with you. I believe that love is stronger than hate and that you cannot fight hate with hate or fear. I see that too often. So, I'm not just speaking to the violence in the world, but also to the everyday hate people seem way too comfortable with lately.

I do think that the only way to combat hate is to counter it with kindness, love or at least rational thinking. I'm not trying to say that the anger isn't appropriate at times, but people rarely see what is true and often succumb to fear if anger is not abated. We also don't listen in that state. It's also hard to say what you want when you are upset so often I use quotes when I have too much and not enough appropriate words to give the right feeling. Usually someone has said it so much better. This is my way of holding onto kindness. Kindness changes things and I'm spreading that shit everywhere. :)

“Love never dies a natural death. It dies because we don't know how to replenish its source. It dies of blindness and errors and betrayals. It dies of illness and wounds; it dies of weariness, of witherings, of tarnishings.” ― Anaïs Nin

“Don't give in to your fears. If you do, you won't be able to talk to your heart.” ― Paulo Coelho, The Alchemist

“You have your way. I have my way. As for the right way, the correct way, and the only way, it does not exist.” ― Friedrich Nietzsche

“Instead of clearing his own heart the zealot tries to clear the world.” ― Joseph Campbell, The Hero with a Thousand Faces

“Nothing in the world is more dangerous than sincere ignorance and conscientious stupidity.” ― Martin Luther King Jr.

“It is a condition of monsters that they do not perceive themselves as such. The dragon, you know, hunkered in the village devouring maidens, heard the townsfolk cry 'Monster!' and looked behind him.” ― Laini Taylor, Daughter of Smoke and Bone

“Too often we underestimate the power of a touch, a smile, a kind word, a listening ear, an honest compliment, or the smallest act of caring, all of which have the potential to turn a life around.” ― Leo Buscaglia

“If you think you are too small to make a difference, try sleeping with a mosquito.” ― Dalai Lama XIV

"Fear and hatred will cease to exist when love is in abundance." ― Ken E. Nwadike, Jr (Free Hugs Project)

“Be the change that you wish to see in the world.” ― Mahatma Gandhi

“We don't see things as they are, we see them as we are.”― Anaïs Nin

Let it Be ~ (The Beatles) Across the Universe

Let go of hate, don't hold onto it.


Put A Little Love in Your Heart ~Annie Lennox and Al Green
In all this hate, sadness, and horror, remember there is always hope.


“It's really a wonder that I haven't dropped all my ideals, because they seem so absurd and impossible to carry out. Yet I keep them, because in spite of everything, I still believe that people are really good at heart.” ― Anne Frank, The Diary of a Young Girl

Need a internet hug? Some inspiration? Free Hugs Project is trying to do that. How about people who photoshopped a favorite toy elephant that a little boy lost. He was told that he was on an adventure around the world. A family friend hoped that people would help show the boy his toy was really okay. Go HERE for the story and some of the photos. Hopefully these will help you see that kindness is spreading. It exists.

Please feel free to add any appropriate inspiration in the comments.

I'll end this as I did the last time:
"Kindness is free, sprinkle that shit everywhere" -TShirt
Posted by Melissa (Books and Things) at 12:00 AM

Email ThisBlogThis!Share to TwitterShare to FacebookShare to Pinterest
Tag! You're it!: Just thinking, Soapbox