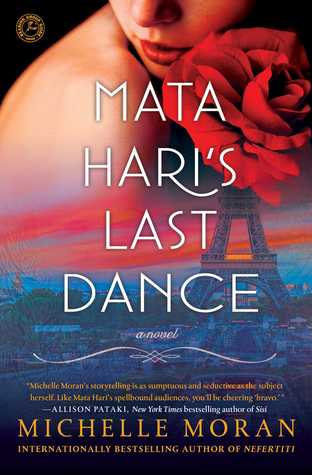 History has remembered Mata Hari as a double agent who was irresistible, known for her beauty and grace. However, evidence or lack of it has come to light about how she might have been framed by both Germany and France and this is the version of history given in this book.

It is a short book and in some ways I think it moves things along and in other ways I think it didn't allow me to really connect with Mata Hari as a person. I saw how vulnerable she was in her early years, but most of that was a flashback and I did not grow up with her. You saw her naïveté which is what lead to her execution. The theory ends up being quite plausible and is also the more popular theory to date. You felt sorry for her and I felt more for her daughter who only gets an epilogue in the end. I'm curious to know if perhaps it was told through her daughter's eyes how different the story would have been told?

I give this book 3 stars. It is a very interesting take on a very enigmatic personality that has drawn curiosity since she first became famous. I like this version, but I did wish for more connection to the character. She is still sympathetic and interesting. I recommend the book to those curious about her and the theory on how she was framed. It also makes you curious about her and I did google her while reading it. :D
Posted by Melissa (Books and Things) at 12:00 AM

Email ThisBlogThis!Share to TwitterShare to FacebookShare to Pinterest
Tag! You're it!: adult, fiction, historical