I decided to break up a few of these posts from my audiobooks. These are the latest crafts I've done while listening to said audiobooks. :) 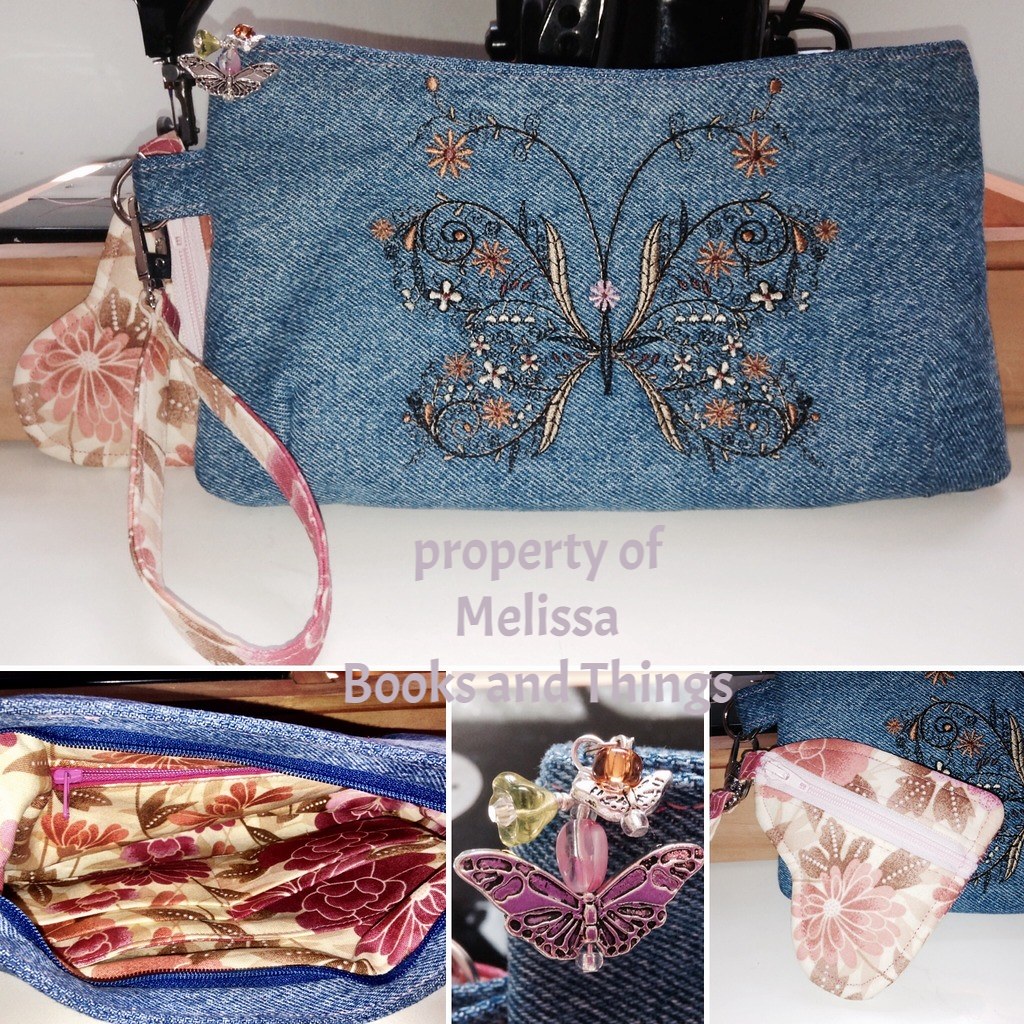 This one I made for a graduation pressie. She is girly but down to earth and so I thought mixing florals with jean material would be perfect. The clutch pattern is the Coraline Clutch by Swoon Patterns (affiliate link) which I had made before (LINK to the post if you have not seen it or want to know what else I did with the pattern). The embroidery is from Kreations by Kara. This pattern is considered intermediate difficulty and I would say because of how the zip is sewn on, that would be accurate for the clutch aspect of the pattern (there are 2 sizes). It isn't hard really and there are a couple of youtube videos that explain it quite well visually if you want to tackle it. I would say that being comfortable with zips and some glue basting is a must here (perfect for zippers!). I didn't use any interfacing on the outside of the bag since I went with denim and it would be thick enough for top stitching. It was a bit hard to top stitch this one but my machine did a good job (good machine!).

I also added a credit card/cash pocket and a zipper pocket for good measure. Those things were not in the pattern but are easily added. I also changed the size of the wristlet loop to suit my clip and I also sewed the d ring loop differently than instructed (was needed since I was using denim. I just made a loop and turned it inside out and put the seam on the inside. I also sewed the wristlet loop a bit different than the pattern and I may do a tute on that later.

I topped this one off with a butterfly zipper pull made with 2 sizes of butterflies and a small glass flower. I used the beads with what I already had in my stash. I use a tiny split ring to attach it to the zipper. 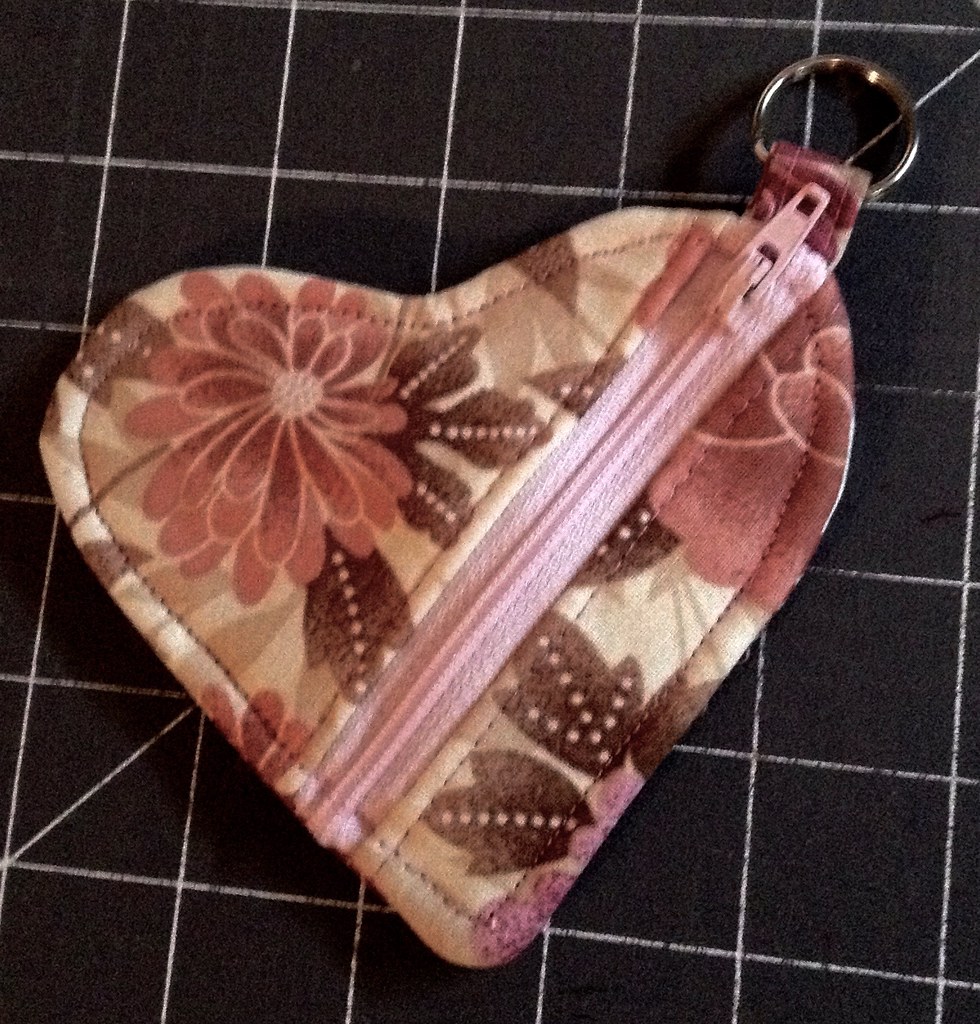 I made this mini heart pouch to go with the above clutch and just attached it with the wristlet snap hook where it attaches to the clutch. That way it is removable if she wishes. I got the pattern from a tutorial at Dog Under My Desk (so it's FREE) and it was quite easy to do. I had a bunch of very small zips so I was able to do this one with a shorter zip than suggested.

The hardest thing here was paying attention to the cutting so you can be sure that your front and insides next to the zipper are correct (I had to recut the inside part here again) so make sure you are flipping (mirroring) the pattern pieces for the inside fabric. This was not properly explained in the tutorial since she used a solid that could be used on either side. You don't have to worry about the backside of the pouch since it is a full heart and is symmetrical. You also have to pay attention to the grain of the fabric (usually the up/down portion of the fabric piece) because you don't really want stretch (this part is explained better in the tute). I used thermolam (fleece) interfacing instead of batting. It is just less loftier but works the same.

It is pretty easy but make sure you pay attention to the seam allowances as well since you will be hiding the raw edges in the top stitching. Just go slow over the curves and you will be fine. I would probably rate this one for a confident beginner to intermediate because of the shape. She has a round tutorial on her blog if you want to make something a bit more simple. Don't let me scare you off of this one. It really is easy if you go slow and it's a great scrap buster as well.

So have you been crafty?
Posted by Melissa (Books and Things) at 12:00 AM