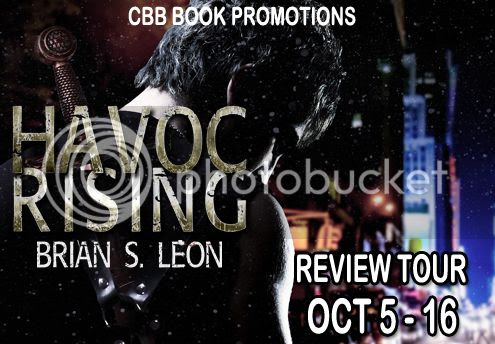 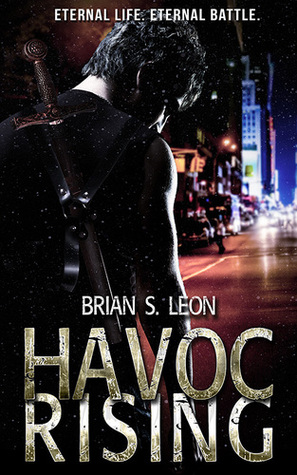 Steve—Diomedes Tydides to his Trojan War buddies—just had a bad day on his charter fishing boat in San Diego, but when the goddess Athena calls on her faithful warrior for another secret mission, he’s ready. The bomb that exploded inside the Metropolitan Museum of Art isn’t the crime American authorities think it is. Someone also stole the Cup of Jamshid, and Diomedes knows its fortune-telling abilities won’t be used for anything benign.

Though Diomedes recovers the Cup from a determined shaman holed up beneath Central Park, when he finds his allies slain and the Cup taken once more, he knows he’s up against a truly powerful enemy. Over a millennium has passed since Diomedes last contended with Medea of Colchis, deranged wife of Jason the Argonaut, but neither her madness nor her devotion to Hecate, goddess of witchcraft, has waned, and she intends to use the Cup of Jamshid to release across the world a dark brand of chaos unseen in human history.

Immortal since the Trojan War, Diomedes must once again fight for mortals he understands less and less, against a divine evil he may never truly defeat.

This reminded me of the Kevin Herne series, Iron Druid Chronicles in the way that mythology is real and most people know nothing about it. The main character has to work with and against these mythological entities to help humanity. However, in this series Diomedes is a team player even if he has to lead the team. He works much better with others.

The worldbuilding was well done here and it mostly deals with the Greek mythology. Other mythos are thrown in and also have a place in the world. We deal with unsurmountable odds like in most UF and the fight scenes were well done. I also enjoyed the ending which felt complete but still left enough space for more books in a series. While there is also potential for romance in the book, there is very little of it in this installment. However, foreshadowing tells us there will be more tension in that area in his life. My only small complaint is that I would have loved to have more of the worldbuilding and more about the mythos he works with and against.

I give this book 4 stars and recommend it to anyone who enjoys UF and fantasy. It also has some great secondary characters. and I look forward to reading more about this world and Diomedes. Would love to see more of his past worked into his present.

Brian S. Leon is truly a jack of all trades and a master of none. He writes just to do something with all the useless degrees and skills he’s accumulated over the years. Most of them have no practical application in civilized society, anyway. His interests include mythology and fishing, in pursuit of which he has explored jungles and museums, oceans and seas all over the world.

His credentials include an undergraduate degree from the University of Miami and a master’s degree from San Diego State University, plus extensive postgraduate work in evolutionary biology at the University of Massachusetts Amherst, where he studied animals most people aren’t even aware exist and theories no one really cares about anyway.

Over his varied career, Brian’s articles have been published in academic journals and popular magazines that most normal people would never read. They can be found in The American Society of Primatologists, the American Journal of Physical Anthropology, Proceedings of the American Association of Zoos and Aquariums and the like.

His more mainstream work came as an editor for Marlin and FlyFishing in Salt Waters magazines, where he published articles about fishing and fishing techniques around the world. He won a Charlie Award in 2004 from the Florida Magazine Association for Best Editorial, and several of his photographs have appeared on a number of magazine covers—almost an achievement of note, if they weren’t all fishing magazines.

Always a picky reader, Mr. Leon enjoys stories by classical masters like Homer and Jules Verne as well as modern writers like J.R.R. Tolkien, David Morrell and Jim Butcher. These books, in combination with an inordinate amount of free time, inspired him to come up with tales of his own.
Brian currently resides in San Diego, California.

Please check out the Tour Page - for schedule and more information.