I'm excited to have Jennifer Estep back at the blog again. She came by to answer some of my questions and to have a great giveaway of her newest book in the Elemental Assassin series! 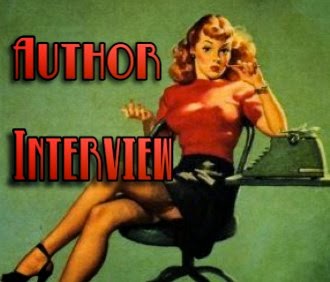 BT: Hi Jennifer!
JE: Hi! Thanks for featuring me on your blog again. I appreciate it!

BT: I love your villains, can you tell me if you take anything from real life?

JE: Thanks! I appreciate that.

Since I’m writing urban fantasy, my villains tend to have magical powers and be really ruthless and determined to get what they want, no matter what they have to do or who they have to hurt to achieve their goals. So it’s not real life.

But a hero is only as good as the bad guys that she goes up against, so I try to think of villains that would annoy and frustrate Gin and really push her to her limits, physically, emotionally, and magically. I always have a lot of fun coming up with villains who challenge Gin and then thinking about how she can turn the tables and get the best of them.

BT:  What is your favorite secondary character to write? Does he/she have a novella staring this character?

JE: Finnegan Lane, Gin’s foster brother, is the secondary character that is the most fun for me to write. He’s so shameless and greedy and says whatever is on his mind no matter how annoying or inappropriate it might be. I always enjoy writing his dialogue.

I would like to write a Finn novella, as well as some for other characters, like Phillip Kincaid, but my writing schedule is already full for this year and on into 2015. Hopefully, I’ll have time to write something more about Finn and the other characters in the future. We’ll see what happens.

*yes please have a Finn novella! Phillip would be a great one too!*

What is your biggest wish for Gin?

JE: I want Gin to (eventually) have her happy ending and the peace and quiet that she longs for. I think she’s earned it, after all that I’ve put her through.

That being said, peace and quiet wouldn’t be that interesting to read or write about, and there are lots of bad guys left for Gin to battle.

You have elements (easter eggs if you will) from your other books. Give us a few so those that haven't noticed it will try to now find them.

I always have a lot of fun coming up with the Easter eggs, and readers seem to enjoy the little shout-outs to my other books.

What other projects do you have coming up?

JE: Spider’s Trap, the 13th book in my Elemental Assassin series, will be out on July 28. I’m also writing book #14, which is tentatively scheduled to be out on Dec. 29.

I also have a new young adult series starting in 2015. It’s called the Black Blade series, and Cold Burn of Magic, the first book, will be out on April 28.

Jennifer Estep is a New York Times and USA Today bestselling author, prowling the streets of her imagination in search of her next fantasy idea.

Jennifer writes the Elemental Assassin urban fantasy series for Pocket Books. Black Widow, the 12th book in the series, will be released on Nov. 25. For more information about the series, visit Jennifer’s website at www.jenniferestep.com or follow her on Facebook, Twitter, and Goodreads.


There’s nothing worse than a cruel, cunning enemy with time to kill—and my murder to plan.

With wicked Fire elemental Mab Monroe long gone, you’d think I could finally catch a break. But someone’s always trying to take me down, either as Gin Blanco or my assassin alter-ago. Now along comes the Spider’s new arch-nemesis, the mysteriously named M. M. Monroe, who is gleefully working overtime to trap me in a sticky web of deceit.

The thing is, I’m not the only target. I can see through the tangled threads enough to know that every bit of bad luck my friends have been having lately is no accident—and that each unfortunate “coincidence” is just one more arrow drawing ever closer to hitting the real bulls-eye. Though new to Ashland, this M. M. Monroe is no stranger to irony, trying to get me, an assassin, framed for murder. Yet, as my enemy’s master plan is slowly revealed, I have a sinking feeling that it will take more than my powerful Ice and Stone magic to stop my whole life from going up in flames.

Giveaway!
The publisher is allowing me to giveaway the newest book in the Elemental Assassin series, Black Widow! 2 Winners! US only. Just fill out the rafflecopter form below to enter. Good luck!
a Rafflecopter giveaway
Posted by Melissa (Books and Things) at 12:00 AM

Email ThisBlogThis!Share to TwitterShare to FacebookShare to Pinterest
Tag! You're it!: Author Interview, giveaway