The Collection (The Registry #2) by Shannon Stoker 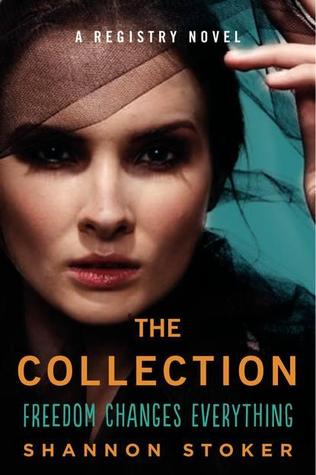 
How far would you go to control your own destiny?

Mia Morrissey has escaped: America, the Registry, and the role she was raised for— a perfect bride auctioned to the highest bidder. She’s enemy number one to the world’s largest power, and there’s no turning back now.

From the moment she and her friends Andrew, and Carter cross the border into Mexico it becomes clear their troubles are only beginning. The young men are immediately picked up by a violent and omnipotent militia—The Collection—and it’s Mia’s turn to rescue them.

With time running out, her ex-fiancé’s henchman on her trail, and a dangerous tide shifting back in America, Mia will do whatever she has to. Even if that means risking everything and putting herself back on an auction block. The price of freedom is never too high…but what if the cost is her life?

My thoughts:
I didn't read the first book and knowing this was a trilogy I did worry that I would have trouble following the book. I didn't have problems at all. In fact I forgot this was the second book. There were only a couple of times when I felt as if I missed something, but even then I didn't think what I missed was a big deal for this book. I think that is because this book marks a beginning for all the characters on a new adventure. So yes, you can read this one without feeling lost.

I did like Mia's character. Willing to learn she starts out as a mouse and really starts to grow into her own person. Even when presented with what seems like an incredible offer she stops to ponder what it means for her and her new life. I liked that rather than jumping blindly into things. In fact, she becomes a pretty good strategist. I also like the secondary characters. Riley was my favorite secondary character and I hope we meet her again in the final book. I really want to know more of her story.

My biggest complaint about the book was the focus on the Registry. Yes, I do understand it is a list which promotes and controls young women in this world. However, I don't think that just taking down the Registry would accomplish taking down a whole country. There were more issues and problems and it just seemed to over simplify things. It just did't make sense to think this was solving a much bigger problem.

I give this book 3 stars. If you missed the first book, don't worry you can read this one easily out of order. I am curious to see what happens next and I'm guessing that it would be more important to read this book before reading the last. Things set up the last book too well. I'm looking forward to the trilogy's end.
Posted by Melissa (Books and Things) at 12:00 AM

Email ThisBlogThis!Share to TwitterShare to FacebookShare to Pinterest
Tag! You're it!: dystopian, YA