From the book: Linda’s had a bad day. First her boyfriend killed her. Then she woke up, still on this boring plane of existence, and with an odd obsession about her missing body. Mike won’t tell her what he did with her body, and she can’t find the stupid thing herself. There’s only one thing she can do - torment the bastard until he coughs up the information.

This book was a strange, fun short story full of revenge and mystery. The major questions you usually have about characters in a story are never explored as the characters, with the exception of the investigator/exorcist Trent, are completely shallow. This actually works in this story of the strangest after-life I've read. In the end with so many twists and turns everything thing has a conclusion which is "satisfying" but unusual to say the least.

I have given this short story 3 stars only because at times the story is a bit too shallow. It is also a story that is for adults due to the subject matter of murder and how it was handled in the story. 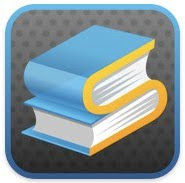 I got this book with my new iPod Touch app, Stanza. The app and the book were both free. This book was on feedbooks.com which made it a very easy download. There are a lot of free books you are able to easily get from this app that you aren't offered from the Amazon or Barnes & Noble apps. It's worth a look!
Posted by Melissa (Books and Things) at 7:28 PM

Email ThisBlogThis!Share to TwitterShare to FacebookShare to Pinterest
Tag! You're it!: free, ghost, iPod, iTunes