My submission this week:

The Sweet Scent of Blood
(Spellcrackers.com #1)
by Suzanne McLeod


Genevieve Taylor is a sidhe - one of the noble fae - and she's unusual even in a London where celebrity vampires, eccentric goblins and scheming lesser fae mix freely with humanity...

Genny is a rising star at Spellcrackers.com, where she finds the "M" in magic - which can mean anything from mischief to malice to murder. The spellcrackers are run by the Witch Council, whose ancient tenets prohibit any contact with vampires. And that's just fine with Genny, who wants as little to do with the bloodsuckers as possible.

But when a sinfully sexy vamp is accused of killing his lover, an old debt forces Genny to help prove his innocence, risking her job, her safety - and the exposure of her own dark secrets. Genny soon realizes that she and her client are both unwitting pawns in a centuries-old power struggle. And it's not just her own neck at stake but the lives of all of London's supernatural beings.

The Cold Kiss of Death
(Spellcrackers.com #2)
by Suzanne McLeod


All Genny wants is to live the quiet life and to do her job at Spellcrackers.com, but there's her tangled personal life to sort out first. She's being haunted by ghosts who want her help. Her witch neighbours want her evicted. Genny's sort-of-Ex - and now her new boss - can't decide whether he wants their relationship to be business or pleasure. And then there's the queue of vampires all wanting her to paint the town red - how long will it be before they stop taking no for an answer? But when one of her human friends is murdered by sidhe magic, Genny is determined to find the killer. She needs help to find the real murderer, and that means calling on some of the most capricious and seductive fae - but her search is hindered by the vampires, who have their own political agenda. All the evidence points to Genny - she's the only sidhe fae in London - and she's named the main suspect; it's not long before she's on the run, not just from the police, but from some of London's most powerful supernaturals.

Heard such great things about this series and I seriously need to start it before I get too far behind on the series.
Any like this on your tbr?

Btw, don't forget to check out the 2 international giveaways going on now: 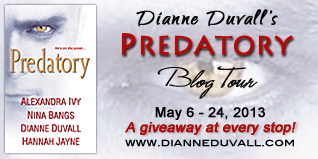