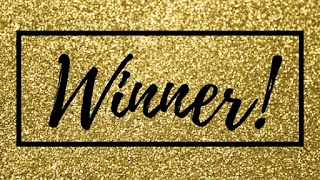 The winners of the annual Puppy Birthday Prize pack 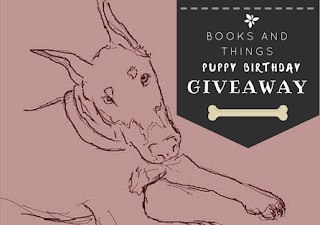 Second prize:
Terri from Alexia's Books and Such! (confirmed)

No, you didn't have to have a book blog to enter, but if you haven't do check those great blogs out!!

Sorry it took me so long to get to the announcement, but I had limited access to my computer for a time and I didn't feel well over the holidays so I just decided to take the time off. However, now I'm playing catch up. 😷 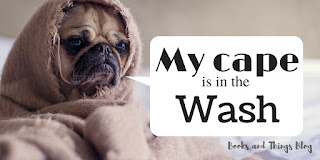 Well, I have a few things for this category... one positive and one not. I guess I'll go not first.

Simon & Schuster under the imprint of Threshold books has given $250k to Milo Yiannopoulos who is known for his racist and misogynistic viewpoints. In fact, that is what made him "famous". Won't give him anymore time here, but you can look him up if you are not familiar. The companies response was heartbreaking since they did the whole not condoning and multiple view argument and I also responded that statement.

Well, @SimonBooks @threshold_books @simonschuster this all sounds like a good answer, but when you normalize hate, you participate in it. 😞
— Melissa 🐝 (@BooksThings) December 30, 2016

What does this mean? Well, so far this year I have not reviewed a S&S book. This may become an issue soon for me and I'll have to weigh supporting the author vs the publisher since I know a lot of authors have no choice and it isn't easy to move. I can guarantee that I will keep it to the bear minimum if at all and perhaps this may be the key to getting out of book blogging (blog may turn into something else). I'm still considering.

For those that don't think that calling (best) or mailing your statements to your representatives doesn't work consider what recently happened:


I know a lot of news outlets gave Trump the nod nod on this one, but if you really look, it was the astonishment of the number of calls they got that really took them by surprise. No one reverses a decision like that so soon after a tweet so there is no way I'm giving Drumpf the credit. He just knew what was coming and like he has been doing, taking credit for other people's work. 🙄 You can check out other sources for the same comments if you don't like HuffPo. I just happened to see it there first. Yes, calling does work.

One not within this one though... The House GOP snuck by a way to hide he cost of the ACA removal. Yes, the removal (especially without a plan to replace... costs more) will cost taxpayers money. I'm upset that they are doing so much to hide and be less transparent as possible. We need that transparency and I wonder what else they have planned when they are trying to be opaque as possible. However this hasn't gone totally unnoticed and Bill de Blasio and a few other politicians are outing the numbers anyway. Good time to call your democratic politicians. Light a fire under them. 😏

Btw, if you are upset at Paul Ryan trying to defund Planned Parenthood then there is an easy way to do that. Just to go Call Speaker Ryan and they even give you a script (you do get signed up for text alerts, but can opt out). Teen Vogue did a good article on how Ryan is locked in his office refusing to collect petitions and why this subject is important and why their reasons don't make sense. The article is HERE.

If you haven't seen this, I do think you'll enjoy...

Yep, Mark Hamill took Trump's New Years odd tweet into something magic... I don't get half the stuff he writes on twitter but it makes more sense in this context, sad as that is...

Yes, you may get sick of me doing these, but I want to do something so this is it.

Email ThisBlogThis!Share to TwitterShare to FacebookShare to Pinterest
Tag! You're it!: cape in the wash, Just thinking, winner