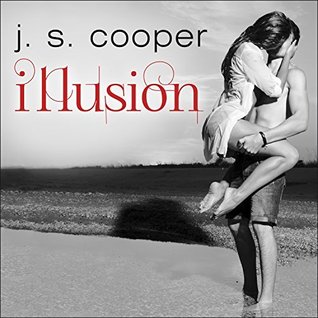 One morning, Bianca London found herself locked up in a van with a strange man. Ten hours later, she and the man woke up on a deserted island, with no recollection as to how they got there. Bianca has no idea what is going on and her attraction to the man is the only thing that is keeping her fear at bay.

Jakob Bradley, wanted nothing to do with the strange woman he had been imprisoned on the island with. He was more concerned in figuring out why they had been put on the island and how they could get off. He didn’t care that as the days went by he was starting to enjoy her company more and more.

But was everything as it seemed?

Bianca and Jakob find themselves trying to figure out how they may be connected, but as they grow closer, secrets start being revealed that may destroy everything they thought they knew about each other and their budding love.

Well, I received the 3rd book in the mail so I decided to try the first two books on audio to catch up. I could tell I needed to read these books in order. I was unsure how I would like it as I saw that it didn't quite meet up to expectations with other bloggers I trusted.

Well, I get why it didn't meet expectations. Even with my lowered expectations I got an eye workout. I know that might sound confusing when it is an audiobook, but my constant eyerolling at the characters and what happened to them gave me that workout. I was also frequently heard saying, "Really?!" and "No Kidding!" Yea, it wasn't the best audio experience I've had.

I did like Carly's narration. That wasn't the problem, I just didn't like the characters. Bianca went from TSTL to intelligently sussing out the problems within the stories she was given. If there was more intelligence than TSTL, then I would have like it better. I also didn't like Jakob. He went from creepy stalker dude, to rapey in his statements to total gentleman. Yea, no consistency in either character. Therefore when it came time that these two really came together, it was just awkward. No real chemistry. It was not smexy at all and I would have ffwd these parts if I could have (I was in the middle of a project and so couldn't easily ffwd it). What kept me going was the mystery. Why were they on the island and what was going on. Only thing that seemed to work in the book and yet even that stretched my endurance. However, it did keep me from dnf'ing the book.

I give this audio 1 1/2 stars.Yea, I am listening to the second book. Like I said the mystery is what kept me going and while you don't get answers the book is short enough that I was willing to continue with the next short book. I'm determined to know what the heck is going on. I just hope I can make it through the second book. I do think that this book is good for some romance audiences, it just wasn't for me.

This was for a Christmas pressie to the mom of the newest family member. It is a "Pram Caddy" by Muffy Duck Designs. The horse head is a free motion appliqué design by Winter Wear Designs. I reduced the size of the horse by 50% to fit on the lid. It was my first one and I had fun doing it. You cut out different aspects of the design in different fabrics and then outline with your sewing machine like you are sketching on the machine. I want to do more of them. I had to change a few small details (like the nostrils) but not much else. I hope she liked it.
Posted by Melissa (Books and Things) at 12:00 AM

Email ThisBlogThis!Share to TwitterShare to FacebookShare to Pinterest
Tag! You're it!: adult, audio, contemporary, library, Romance