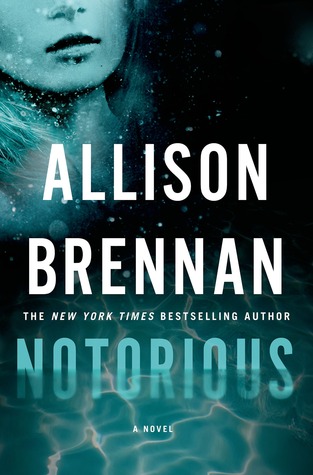 
Maxine Revere has dedicated her life to investigating murders that the police have long since given up any hope of solving. A nationally renowned investigative reporter with her own TV show and a tough-as-nails reputation, Max tackles cold cases from across the country and every walk of life. But the one unsolved murder that still haunts her is a case from her own past.

When Max was a high school senior, one of her best friends was strangled and another, Kevin O’Neal, accused of the crime. To the disgrace of her wealthy family, Max stood by her friend, until she found out he lied about his alibi. Though his guilt was never proven, their relationship crumbled from the strain of too many secrets.

Now Max is home for Kevin’s funeral—after years of drug abuse, he committed suicide. She’s finally prepared to come to terms with the loss of his friendship, but she’s not prepared for Kevin’s sister to stubbornly insist that he didn’t kill himself. Or for an elderly couple to accost her at the airport, begging her to look into another murder at Max’s old high school. Max is more interested in the cold case at her alma mater than in digging around Kevin’s troubled life, but she agrees to do both. As Max uncovers dark secrets, she finds herself caught in a complicated web of lies that hit far too close to home. And it’s becoming increasingly clear that someone will do whatever it takes to make sure the truth stays buried.

My thoughts:
We follow Max, a famous reporter who specializes in handling cold cases and finding the truth. In this book we find Max coming to her hometown for a funeral of a friend. She is approached by two elderly people who want the case of their grandson solved which has recently gone cold. She can't ignore the pull of a mystery so she goes on a quest to solve the murder for the couple. While she is there, it seems as if everyone from her past is telling her not to involve herself in a high school friend's cold case. The case her recently deceased friend was accused, something that happened 13 years ago while they were in highschool. One that she had no intention on solving. While she investigates one murder, thoughts keep turning back to the murder of her friend until she decides to solve that one as well. She as well as others in the community have needed that closure for quite a while.

The twists in this book were certainly interesting. I thought the cases were connected, then I thought they weren't.... then I knew who did it, and then that fell through. Wait, was I right in the first place, or was it now one of the 3 or 4 other people I now suspect. Yes, this book kept me guessing until the end. It also involved another mysterious murder which seems to connect all three but yet hold it apart. Will it ever be solved?

I really enjoyed this mystery. At first, I thought I would have problems connecting with Max since she tends to hold everyone at arm's length. She holds people telling the truth in high esteem. She cannot handle anyone close to her who lies. It is a betrayal in her opinion. This close connection to the truth and feeling of betrayal drew me closer to Max rather than further away. It showed a vulnerability otherwise lacking in her character.

I give this book 4 stars. It's a fun mystery that will keep you guessing until the end. I haven't had that happen in quite a while. I recommend it for those that love a good murder mystery.
Posted by Melissa (Books and Things) at 12:00 AM

Email ThisBlogThis!Share to TwitterShare to FacebookShare to Pinterest
Tag! You're it!: mystery, thriller