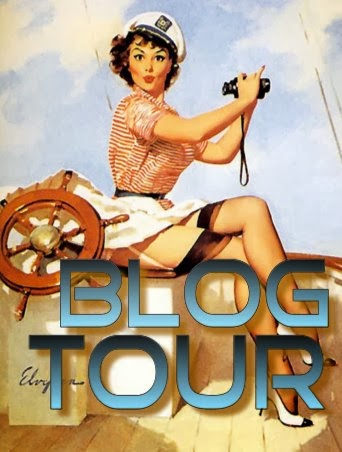 Yes! This is a series I have enjoyed (a list of reviews and other fun stuff with the book) and those wanting to get into steampunk with a great mystery NEED to get this series. It is just so much fun. Love the characters to death! :)

A selection from Chapter Two

As they walked farther in, she noticed a slight girl seated at a table at the rear of the pub. It was not just her purple petticoats and stripes that made her stand out, but also her tidiness, etiquette, and carriage. Eliza hated stripes—though they were all the fashion. Their contact also had a pair of sun spectacles balanced on the tip of her nose. Eliza could only surmise that was her notion of blending in.

“I think we found our contact,” Eliza whispered to Wellington.
She made to walk to the table when the archivist caught her arm. “We are supposed to meet at the bar,” he hissed.

He wasn’t serious. Was he?

It’s like dealing with a child, Eliza thought, but she knew she had to pick and choose her battles. She forced a tight grin as she followed Wellington to the bar. He leaned against its weathered wood and motioned for the publican. The barkeep appeared, and his brow knotted as he looked the new arrivals over.

Eliza realised that they stood out nearly as much as the woman in purple.

“Sir, a whiskey, if you please,” Wellington ordered in a tone far too loud and purposeful.

“Welly,” Eliza whispered tersely, “perhaps you should just order a beer? Same effect.” She cast a wary glance at the woman who was trying, but failing, to blend in with her surroundings. So far she had pushed her sun spectacles up to the bridge of her nose, smoothed out her skirts, and then looked at the two of them, placing a hand upon her chest, as if noticing them for the first time.

Bloody hell, Eliza thought, burying her face in her hand. It’s Amateur Night at the Alhambra.

Through his clenched teeth, he replied, “All part of protocol. Just play along.” The shot glass was placed in front of him, which immediately went up in the air as Wellington toasted those assembled. “God save the Queen,” he proclaimed, “and God bless America.”

The amber dram disappeared from its glass, and Eliza crossed her arms in front of her as Wellington struggled for air. His free hand caught the bar as the other gripped the shot glass tightly. How, she marvelled, could this man have been such a master of deception during their time with the Phoenix Society and yet here be about as convincing as a street urchin running for a seat in Parliament?

“Not quite the quality you’re used to?” Eliza asked sweetly.

Wellington coughed in reply. At least he was still breathing—and standing.

The waif had now gathered up enough courage and was standing before them. She looked between Eliza and Wellington quickly and then leaned forward. “At midnight, the lion roars.”

Oh for God’s sake. Eliza found herself frozen in disgust.

“But at dawn,” her partner wheezed, his voice creeping back to its normal baritone, “the eagle’s cry will be heard.”

She thrust out a gloved hand, shaking theirs in an enthusiastic greeting. “Felicity Lovelace. Welcome to the United States of America. Would you care for something to drink?”

“Another whiskey, Wellington?” Eliza asked with a sly grin.

“I’ve read your particulars, Miss Braun,” Felicity returned quickly, and then spoke in what sounded like a baited breath. “A white wine for the gentleman, a beer for the lady, and I’ll have another . . .” She paused. “Well, I’ll have another.”

“Right then,” the barkeep said, looking at the three of them. “Wine, beer.” And his eyes twinkled a bit as he said, “And a Coca-Cola.”

Eliza and Wellington looked at Felicity askance. “It helps calm my nerves,” she said with a shrug, her speech getting a little faster the more she spoke.

Calm her nerves? Then it dawned on her when the beer reached her hands. Ye gods, you must be joking. “This is your first assignment, isn’t it?”

“No, actually, this is my tenth,” the American returned, but the tremble in her posture hardly reassured Eliza. When the woman’s bubbling tonic arrived, she took a long sip from it before adding, “I’m not necessarily in the field is all. I’m usually working on logistics, but this time the director agreed to let me accompany my partner.”

“I see.” Eliza smiled, nodding slowly. “Doctor Sound did say we were working with our counterparts. You’re the archivist then?”

Eliza’s eyebrows raised slightly, and he stopped mid-sentence. He was learning. “So,” the New Zealander continued sweetly, “why exactly have you reached out to the British Empire for help, Miss Lovelace?”

“Please, call me Felicity—everyone does.”

Eliza raised her beer at her. “Eliza.” She motioned to Wellington. “Welly.” 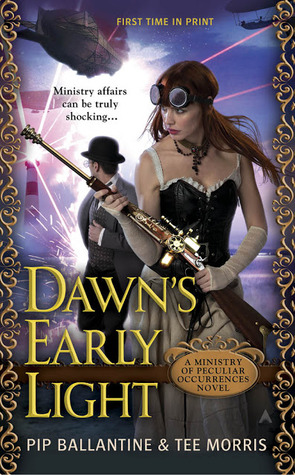 Even with the help of two American agents from the Office of the Supernatural and the Metaphysical, Braun and Books have their work cut out for them as their chief suspect in a rash of nautical and aerial disasters is none other than Thomas Edison. Between the fantastic electric machines of Edison, the eccentricities of MoPO consultant Nikola Tesla, and the mysterious machinations of a new threat known only as the Maestro, they may find themselves in far worse danger than they ever have been in before

Book Order for the Order:
1. Phoenix Rising
2. The Janus Affair
3. Dawn's Early Light
The others are mini stories and they also have a lot of podcast mini stories for their adventures as well!

New Zealand born fantasy writer and podcaster Philippa (Pip) Ballantine is the author of the Books of the Order and the Shifted World series. She is also the co-author, with her husband Tee Morris, of the Ministry of Peculiar Occurrences novels. Her awards include an Airship, a Parsec, and a Sir Julius Vogel. Morris is the author of Morevi: The Chronicles of Rafe and Askana and the co-author of the Ministry of Peculiar Occurrences novels. In addition to his work as a fantasist, he is also a social media pioneer and the author of Podcasting for Dummies and All a Twitter.


Open to both U.S. and Canadian readers and sponsored by the tour.

Don't forget to check out the other stops on this tour!

Email ThisBlogThis!Share to TwitterShare to FacebookShare to Pinterest
Tag! You're it!: blog tour, mystery, Steampunk