It would be an exaggeration to say that I can't imagine the Memoirs of Lady Trent without Todd Lockwood's sketches. I can imagine it; I just don't want to. Because the books simply would not be as cool.

When I decided to make Isabella an artist, I was thinking only of the effect it would have on the story, giving her a reason to participate in the Vystrani expedition. Getting Tor to include interior art was a long shot, since it increases the production costs; there's a reason you don't see that kind of thing in every book. But my editor not only agreed, he got behind the idea and ran with it. And the result, as readers can see, is absolutely awesome: it adds a layer of reality to the whole thing, and makes the books into beautiful objects in their own right.

Having the art has ultimately fed back into the story, too. Now when I write, I find myself considering what elements would make for good illustrations. I know I'll have to provide information for the artist, too, so I put much more effort into thinking about visual details than I usually would. How long is a particular kind of dragon? What is the precise layout of this scene? Even if I never specify those things in the text, I need to understand them so I can describe them to Todd. But at the same time, I don't want to dictate every last claw; he needs room to be creative, too. So my descriptions often say "do whatever you like with this aspect" -- and sometimes I end up revising the text to reflect what he's drawn.

I'm not an artist myself. I do a fair bit of amateur photography, but I'm not much good with a pencil or a paintbrush; I was never really taught to draw, and the gap between my ability and my critical eye is large enough that I wind up being very impatient with my failures. Having someone else bring my characters and world to life is a beautiful thing, and I'm more delighted than I can say to have it be such an integral part of this series.

Marie Brennan is a former academic with a background in archaeology, anthropology, and folklore, which she now puts to rather cockeyed use in writing fantasy. She lives in the San Francisco Bay Area, where she spends her time practicing piano, studying karate, and playing a variety of role-playing games.

The Tropic of Serpents
Series: Memoir of Lady Trent #2


The thrilling adventure of Lady Trent continues in Marie Brennan's The Tropic of Serpents...

Attentive readers of Lady Trent’s earlier memoir, A Natural History of Dragons, are already familiar with how a bookish and determined young woman named Isabella first set out on the historic course that would one day lead her to becoming the world’s premier dragon naturalist. Now, in this remarkably candid second volume, Lady Trent looks back at the next stage of her illustrious (and occasionally scandalous) career.

Three years after her fateful journeys through the forbidding mountains of Vystrana, Mrs. Camherst defies family and convention to embark on an expedition to the war-torn continent of Eriga, home of such exotic draconian species as the grass-dwelling snakes of the savannah, arboreal tree snakes, and, most elusive of all, the legendary swamp-wyrms of the tropics.

The expedition is not an easy one. Accompanied by both an old associate and a runaway heiress, Isabella must brave oppressive heat, merciless fevers, palace intrigues, gossip, and other hazards in order to satisfy her boundless fascination with all things draconian, even if it means venturing deep into the forbidden jungle known as the Green Hell... where her courage, resourcefulness, and scientific curiosity will be tested as never before.

Some of Todd Lockwood's art from the previous book, A Natural History of Dragons (the first book and my review of that book is HERE) below: 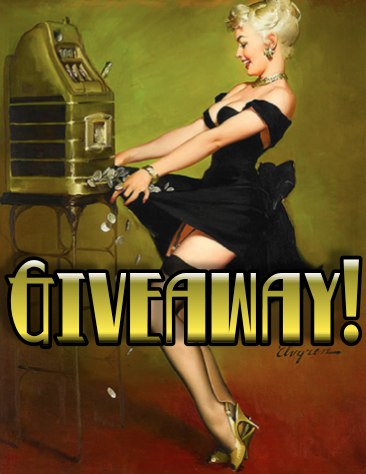 Tor is allowing me to giveaway 3 HB cover books of The Tropic of Serpents... the newest in this series! It's open to anyone with a US/CAN snail mail addy. All you have to do is fill out the rafflecopter form below!
Good luck!!
a Rafflecopter giveaway
Posted by Melissa (Books and Things) at 12:00 AM