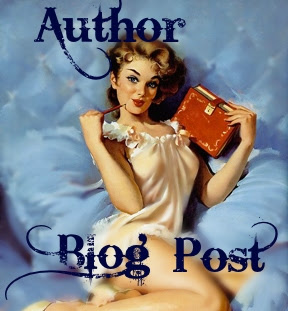 Oh guess what is being published today? Midnight Frost! So, to celebrate Jennifer Estep has given me a excerpt to whet your appetite and a giveaway (US only).

The room was dark, so I hit the switch on the wall. Lights blazed on, revealing the same furniture that all of the kids had. A bed, a desk, some bookcases, a flat-screen TV mounted on one of the walls. The only thing that was different about the room was all the trophies he’d won. Dozens of little gold men holding swords, spears, and other weapons peeped out at me from the desk, the bookcases, and a shelf above the bed. There was even a life-sized trophy stuffed in the corner, a staff clutched in his hands like the man was about to step forward and bash me over the head with it. I shivered and looked away. Somehow, the fact that none of the trophies actually had distinct faces made them even creepier.

A loud sigh sounded, and I realized that Vic was awake. The sword had gone to sleep, as was his habit when he was in his scabbard. I pulled the sword free of the leather and held him up so that we were face-to-face. The sword glanced around the room.

“I’m not moping,” I said in a defensive voice.

“Really?” Vic asked again, his voice made even more sarcastic by his biting English accent. “Because I think that sitting on the Spartan’s bed and staring at his things definitely qualifies as moping. Brooding, even. Especially when you’ve done it a dozen times since he left.”

I looked out over Logan’s room. Maybe Vic was right. Maybe I was moping over the Spartan and the fact that he’d left Mythos—that he’d left me.

Jennifer Estep is a New York Times bestselling author, prowling the streets of her imagination in search of her next fantasy idea. Midnight Frost, the fifth book in her Mythos Academy young adult urban fantasy series, has been released today, July 30. For more information, visit www.jenniferestep.com or follow Jennifer on Facebook, Twitter, and Goodreads. 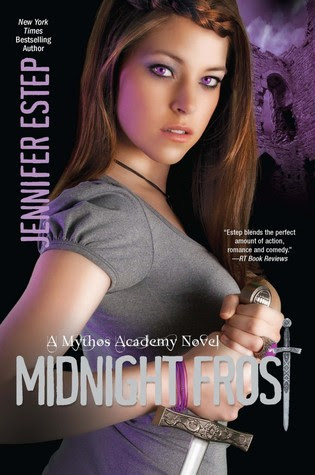 As Nike’s Champion, everyone expects me to lead the charge against the Reapers, even though I’m still hurting over what happened with Spartan warrior Logan Quinn. I’ve got to get my hands on the antidote fast — otherwise, an innocent person will die. But the only known cure is hidden in some creepy ruins — and the Reapers are sure to be waiting for me there …

To win the latest in the Mythos Academy series, just fill out the rafflecopter form below (US only):
a Rafflecopter giveaway
Posted by Melissa (Books and Things) at 12:00 AM