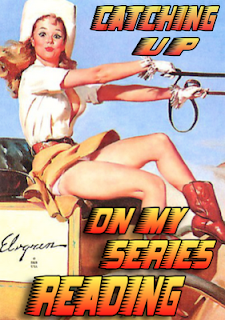 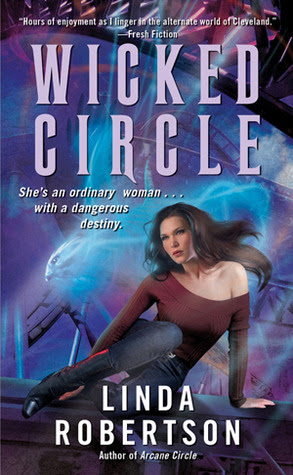 The fifth in the exciting urban fantasy series featuring Persephone Alcmedi, a modern-day witch with a sexy werewolf boyfriend.

Persephone Alcmedi has helped her waerewolf lover Johnny unlock his powers. Now she must come to the aid of Menessos, the vampire overlord she has secretly marked. Beset by a trio of truth-seeking vampire sisters so dangerous their own kind keep them confined in stone, he now needs her more than ever...and she realizes her need for him. Seph has magical promises to fulfill for the waeres, multiple mundane family challenges to meet, vampire politics to confront, both the supernatural males in her life to balance, a dragon to deal with...and then a government investigator shows up to complicate matters.

This book was filled with a lot of action and introduction to a few new characters. It also felt more like a crossover novel. It is attention grabbing as the others, but it also has a lot to deal with in terms of family, professional and internal strife, and every day living. It is almost overwhelming, but does not become too much to take. It is not the best book to start with in this series and, in fact, this is one series I would suggest you read in order. Mostly because of Seph's growth expounds on the lessons learned in the last book.

We also get Johnny's POV in this book. Previously it was only Persephone's POV we were privy. I'm glad we get a glimpse into Johnny because it helps me not want to totally kick his arse. Na, still want to kick it... besides it's supposed to be a nice one and it might be... uh... nevermind... *clears throat* Yes, Johnny isn't the complete swoony guy we have known in the previous books. *sigh* I also have to blame that for swinging me more toward Menessos's camp and that may not be forgiven. That vamp would give you whiplash trying to figure out if he is good for Seph or not.

There is also some danger Persephone is going to get into. Secrets start to come out about the trio's relationship, but not all the details. This will lead to some very bad conclusions and you can already see how it is going to affect our heroine. Oh yea, that does put you on edge knowing where things are heading. Can't wait to see the twists in that plot!

I give this book 3 1/2 stars. I enjoyed myself here, but it is more of a crossover novel as I had previously stated. It is a necessary book for the series but really shouldn't be read as a stand- alone. I think you would be confused by it if you did read it that way. So glad I have the next here so I can read on and see where this series is heading.

Email ThisBlogThis!Share to TwitterShare to FacebookShare to Pinterest
Tag! You're it!: magic, Vampire, werewolf, witch