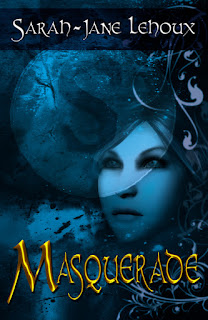 Never trust a liar, especially when they’re telling the truth

Starting over isn’t easy, especially when the world isn’t ready for you to change. Sevy, thief turned assassin turned mercenary, isn’t having any fun adjusting to a normal, law-abiding life. Luckily for her, an old partner in crime arrives with an irresistible proposition: a getaway to a tropical island, an adventure of a lifetime, and an amazing friendship ready to blossom into an even more amazing romance.

Things are looking up for Sevy. That is, until a pack of maniacal fairies with a taste for human flesh arrive on the scene.

Now she must unravel a web of magical intrigue hidden behind the outwardly idyllic atmosphere of the islands of Belakarta. Nothing is as it seems, and no one can be trusted. Trapped under the spell of a handsome and mysterious stranger, Sevy must fight fairies and tricksters to regain her freedom.

Or spend an eternity as a sorcerer’s plaything.

I love a good series. Every time a new book comes out it feels like getting together with an old group of friends. Limoux has created just such a series. I love the world and the characters that she has inhabited it with. Masquerade is the third book in the series about Sevy and her adventures. Once again Lehoux has hit this one out of the park! Let me warn you though, Masquerade is an emotional roller coaster!

I really enjoyed seeing Sevy and Revik again, as well as being introduced to some awesome new characters. I even liked how well the villain was written. There were times I wish I could just reach into the book and slap them silly for all the awful things that were being done to Sevy. I think the only part of the book I didn’t like was watching Sevy be abused. I know there are reasons why she puts up with it and it does make the book that much deeper, but it still upset me. (I won’t get into more detail because I don’t want to spoil the book.)

There were even parts that made me cry and parts that made me laugh out loud, sometimes at the same time. I think out of the three books this one is my favorite. The ending definitely promises more books about Sevy and I can’t wait to see where she is taken next. Also I’m curious to see if certain characters will be back, or if they have said their goodbyes for good.

Masquerade is a standalone novel but I highly recommend that you read the previous two books in the series. It helps make the book that much better.

AimeeKay's reviews of the other two books:
Thief and Shades of War
Masquerade excerpt
Posted by Melissa (Books and Things) at 12:00 AM