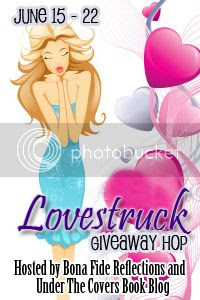 Ah love! So, for this giveaway I'm sending one lucky US winner (sorry, international peeps, I'm mailing this one out myself) or winner with a US snail addy:

A Wedding Wager by Jane Feather


New York Times bestselling author Jane Feather again delights with her new book in this entrancing Georgian trilogy featuring three noble brothers who are offered a preposterous opportunity to restore their family’s mortgaged lands. An eccentric uncle promises a lavish inheritance, but only if each marries—thus redeeming—a fallen woman. And if even one brother fails to fulfill the old man’s decree, none will gain the windfall.Lady Serena Grantley was born to the nobility, but fortune's whim placed her in control of her gamester stepfather, who uses her beauty to lure young men to his gambling tables. Serena even dismissed her first love, the Honorable Sebastian Sullivan, at her stepfather's command. But when he attempts to force her into a liaison with a dissolute earl, Serena resolves to do his bidding no more. Sebastian is the only man who ever captured her heart, and it is to him she turns. . . .Torn between family loyalty and the woman he loves, Sebastian faces a devilish dilemma. His uncle is ailing, and time is running short. Desperate to find a solution, Sebastian conceives a dangerous plan—a wager that could bring him and Serena happiness at last . . . or separate them forever.


What if you learned that your fiancé was not who he claimed to be?Engaged to the charming and seductive Greg Anders, Sara Shaw is happily anticipating her wedding in Edilean, Virginia. The date has been set, the flowers ordered, even her heirloom dress is ready. But just three weeks before the wedding, Greg gets a telephone call during the night and leaves without explanation. Two days later, a man climbs up through a trapdoor in the floor of Sara’s apartment, claiming that he is the brother of her best friend and that he’s moving in. While Mike Newland is indeed telling the truth about his identity, his reason for being there reaches far deeper. He’s an undercover detective, and his assignment is to use Sara to track down a woman who is one of the most notorious criminals in the United States—and also happens to be the mother of the man Sara plans to marry. Mike thinks the job will be easy—if he can figure out how to make a “good” girl like Sara trust him, that is. But Mike has no idea what this mission has in store for him. He’s worked hard to keep private his connections to Edilean, which date back to his grandmother’s time there in 1941. But as Mike and Sara get to know each other, he can’t help but share secrets about himself that he’s told no one else. And in return, Sara opens up to Mike about things she could never reveal to Greg. As the pair work together to solve two mysteries, their growing love begins to heal each of them in ways they never could have imagined.

The Scent of Jasmine by Jude Deveraux


Would you risk your life—on the love of a lifetime? Charleston, 1799: A daughter of Southern gentility and a gifted painter, Catherine Edilean Harcourt has no lack of suitors at home in Virginia, waiting to fulfill her dream of marriage and family. But Cay’s adventurous spirit, fostered by growing up with her three brothers, is piqued while visiting her godfather in South Carolina. Bedridden with a broken leg, he asks Cay to fill in for him on an urgent task: on her way to a fancy dress ball, she must deliver a packed horse to an old friend’s son—who also happens to be an escaped convict charged with murdering his wife! Cay agrees to the plan, which doesn’t go at all as planned . . . whereupon she finds herself fleeing Alexander McDowell’s captors, riding blind into the night with the fugitive Scotsman. Though she should fear him, Cay finds herself overwhelmingly attracted to Alex, and drawn into his tale of misguided justice and his innocence as they seek refuge in the steamy Florida everglades. Will trusting him be the worst mistake of her life? Or will falling in love be the salvation both of them have been looking for?

All 3 are MPB and all you have to do is have a US addy and fill out the rafflecopter form below to enter:
a Rafflecopter giveaway Don't forget the other giveaways:
Posted by Melissa (Books and Things) at 12:00 AM