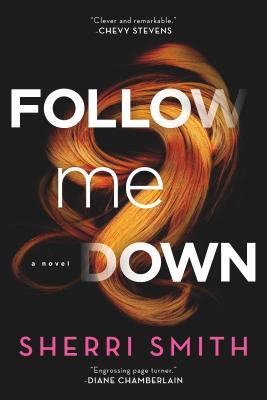 
Mia Haas has built a life for herself far from the North Dakota town where she grew up, but when she receives word that her twin brother is missing, she’s forced to return home. Once hailed as the golden boy of their small town, Lucas Haas disappeared the same day the body of one of his high school students is pulled from the river. Trying to wrap her head around the rumors of Lucas’s affair with the teen, and unable to reconcile the media’s portrayal of Lucas as a murderer with her own memories of him, Mia is desperate to find another suspect.

All the while, she wonders, if he’s innocent, why did he run?

As Mia reevaluates their difficult, shared history and launches her own investigation into the grisly murder, she uncovers secrets that could exonerate Lucas—or seal his fate. In a small town where everyone’s history is intertwined, Mia will be forced to confront her own demons, placing her right in the killer’s crosshairs.

I have to admit I didn't like Mia for half of the book. I didn't connect to her and she kept making stupid mistakes. Then she had to complicate those mistakes with prescription drug abuse. I just kept wondering why she was making it harder for her brother to exonerate himself if he was innocent. If he was guilty, she seemed to be throwing away the key to any sort of fair trial. It was frustrating.

Then the middle of the book happened and I just became swept up into the thriller aspect of the book. I really became interested and invested in the outcome. I wanted to know who killed this girl and why so many things happened. Parts were still disconnected for me, but it no longer mattered... I had to know who done it.

There were several twists and turns in the book and things became clearer despite Mia's bungling. It also became more harrowing and while I did fall for the red herrings, I did suspect that the true culprit had something to do with the murder. It was an interesting ride.

I give this book 3 stars. If you stick with this one (and not everyone who reviewed it felt the same as I did about the beginning), there is a good payoff in the end. I am curious about this author now and I would read another thriller by her.

Email ThisBlogThis!Share to TwitterShare to FacebookShare to Pinterest
Tag! You're it!: adult, contemporary, murder, mystery, thriller