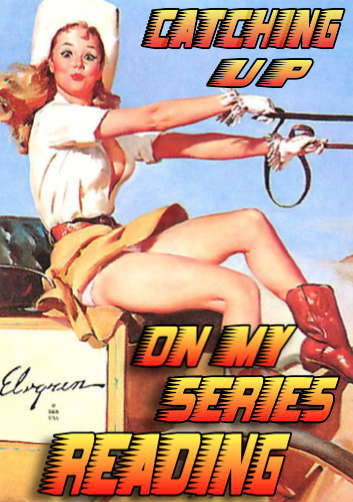 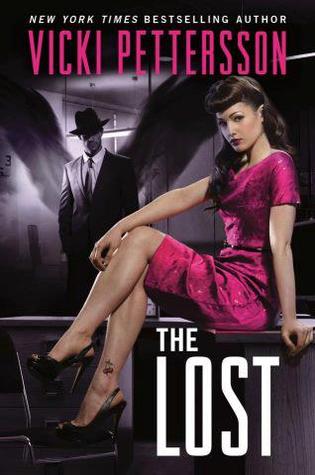 
Griffin Shaw and his wife were both murdered fifty years ago. Now a minor angel, Grif's been granted permission to solve the mystery of his own death... if he helps the Pure angels guide those souls who might otherwise be Lost.

Souls like Jeap Yang, a drug addict in his final moments of life. Grif knows that death is coming, but he cannot intervene. However, Grif's mortal lover, reporter Katherine "Kit" Craig, isn't constrained by angelic protocol. If she can stop a death, she will.

But as Kit is about to find out, there are things more traumatic and evil than murder. A strange new drug is literally eating tweakers' flesh from their bones, and Kit's crusade to get it off the streets is set to propel her and Grif into a battle with a vicious drug cartel. They'll have to scramble to stay alive, stay together, and choose their own fate... before it's chosen for them.

My thoughts:
The second in the series (yes, I have read them in order so far, but then it's not hard... it's only #2! LOL) and we find ourselves back with Grif and Kit. In this story Kit's obsession with rockabilly is toned down a bit and I have to admit, I found it more charming that way. Kit is also extremely naïve in this book and sometimes it seemed to get in her way. I felt there was purpose in this to show how pure of heart she was, but it also seemed to not go with her personality otherwise. She was a smart reporter... being naïve just didn't seem to compliment her reporter personna. Grif is still obsessed with his and his wife's murder which gets in the way of the relationship between the two. Throughout all of this they find themselves sleuthing out a new drug problem that has hit the streets which strips the flesh from the body as well as highly addictive. They try to figure out who is behind the drug while no one on their suspect list is who they claim to be.

I give this book 3 stars. I enjoyed the plot as a whole, but I did find that Kit got in her own way in this book. I didn't like the ending (no cliffie) but I wasn't supposed to like it and now can't wait to find out what happens next. Luckily the next book will be published very soon. I recommend this series for those that like a PI mystery with their PNR.
Posted by Melissa (Books and Things) at 12:00 AM

Email ThisBlogThis!Share to TwitterShare to FacebookShare to Pinterest
Tag! You're it!: adult, angel, mystery, Romance