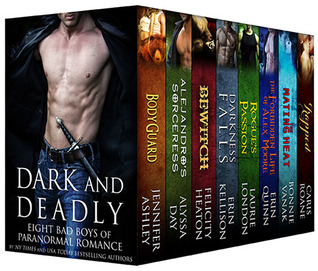 I'll be splitting this review into a few. After all the stories, you get a look into the series the novellas occupy. That way you can be sure you want to dive into the world and romance provided by each author. Don't forget you can get this set for .99¢ at your favorite ebook retailer for a limited time!
Source for all stories: From publicity for review 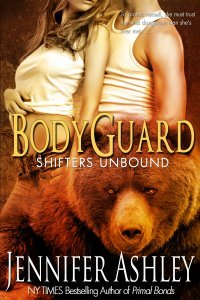 
Elizabeth Chapman is saved from an armed robber by a giant Kodiak bear who shifts into a large, well-muscled, and fully bare human. But when it's revealed that the robber is the brother of a dangerous criminal, Elizabeth finds herself the target of a vendetta.

Ronan, the Bear Shifter, takes her to Shiftertown, where she finds that mateless Ronan takes care of Shifters who have no families or clans of their own. Having grown up in foster care herself, Elizabeth can only admire how protective Ronan is, even while she chafes at the confinement.

But Ronan will only let her leave the safety of Shiftertown if he becomes her 24/7 bodyguard. Elizabeth finally agrees. The trouble is, the sassy human Elizabeth is triggering Ronan's long-buried need to find himself a mate.

My thoughts:
I was surprised that this was a short, but full story about a kodiak bear shifter and his newfound mate. i was really expecting a very short novella just introducing me to the series. I've been curious about this series and I feel like I got a good look into this world. In this story Elizabeth if running from her past and taking care of her sister when Ronan saves her life during a robbery. She finds herself in danger because she lived and so Ronan immediately decides to help her even further with her problem. Of course this is a PNR so the romance was a bit fast, but still interesting. The couple ended up making me smile more than once and the other characters surrounding Ronan also captured my attention. I give this book 4 stars and feel like it was a fun PNR shifter novel and I do think I'll be reading more in the Shifters Unbound world. 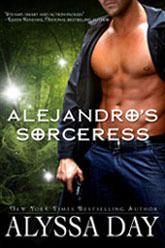 
He’s a warrior, hardened by years of protecting his town from vampire attack. She’s a garden witch who sees the world in shades of sunshine and delight. Opposites don’t only attract, they go supernova in this sizzling tale of magic and mayhem.


My thoughts:
This novella takes place in the world of the Warriors of Poseidon series. I couldn't find a novella number but it is obviously part of that world since it has some of the same Atlantians within the book. I haven't read the series but do have it on my wishlist. This wasn't a hard book to get into if you, like me, haven't read the series yet.

The romance is fast, but it is also cute. I would have liked to spend a bit more time with the couple and get the romance a bit more developed, but even without that, I found that Rose, the garden witch, to be a great character. She is strong and doesn't take crap from the alpha males. I give the story 3 stars and I think it will amp up your interest in the world of Atlantis since we only get a wee peek into that world. There is a short epilogue that had me smiling for the couple in the end. 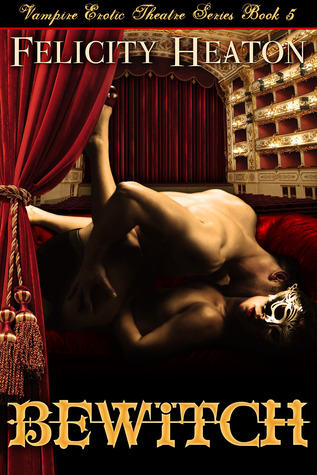 
A vampire with a past stained with blood and a soul tainted with darkness, he is perfect in his self-control, never surrendering to his darkest desires. Now a beautiful witch in the shadowy fae underworld threatens to reawaken long denied hungers and tempts him with carnal pleasure.

Payne despises the incubus side of his mixed genes and refuses to give it free rein, but when the wickedly sexy Elissa offers him a possible way to help a friend, he finds it difficult to resist paying the price, even if it will be his undoing—one night of passion at her command.

Elissa is a witch down on her luck until Payne comes crashing into her life. The dangerously handsome male is the key to fulfilling a promise she made, but he is also forbidden, and surrendering to the wildfire passion he stirs within her means risking ruin and death.

When one incredible night of fulfilling their deepest fantasies leads to more than just a pathway to keeping a promise and saving a friend, will they be able to overcome the barriers that stand between them and forever?

My thoughts:
The synopsis really tells the plot. What is nice about this book is that although the smex happens quickly (but then what do you expect from an incubus?) the relationship takes some time and they reveal to each other things that both of them have hidden from others. By the end of this novella I was smiling and even though there is a lot of smex, there is a tender moment here and there as well. I give this novella 4 stars and it is book 5 in the Vampire Erotic Theatre books. These books seem to have interesting characters and not just smex. :) 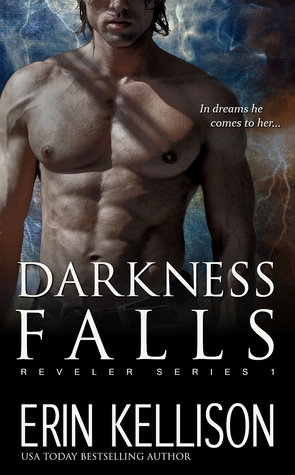 
Agent Malcolm Rook is hunting for people with the rarest of talents—the ability to master dreams. He finds the undeniably gifted Jordan Lane, but she’s wary of mysterious Rook and resists his pursuit as long as she can. Yet the dreamwaters they enter are too exhilarating to resist, and attraction soon ignites electric passions. Delving too deep stirs a nightmare, one they must defeat, or be forever lost to darkness.


My thoughts:
This one is going to be hard for me to review. In fact, this author was the reason I wanted to review this group of novellas. Her Shadow books are one of my favorite series. In this start of a series, it was a short read, but not always an easy one. The world was hard to follow but after a while, you did get used to some of it and so some of it flowed even though you didn't quite feel like you had a complete grasp of what was going on. I feel that this will clear up as the series goes on. It was also quite short and so you are left with a lot of questions. It also works in wanting to continue the series because I wasn't ready to leave and wanted some completion of the story I started. What was great about this series was the characters. Although I am not completely sure about Malcolm, I  know he is someone to root for and want the best for him. Who I really enjoyed was Jordan once her walls started to come down and her wicked sense of humor came forward. I give this book 3 stars, and I am intrigued enough to want to continue the series and find out more about these characters and the world in which they exist.
Posted by Melissa (Books and Things) at 12:00 AM