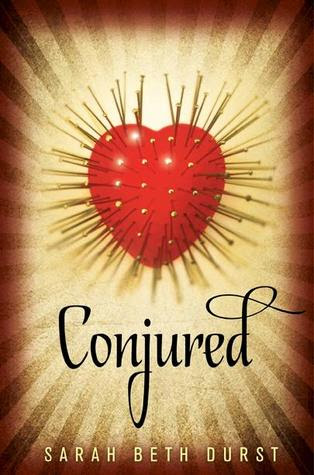 
Eve has a new home, a new face, and a new name—but no memories of her past. She’s been told that she's in a witness protection program. That she escaped a dangerous magic-wielding serial killer who still hunts her. The only thing she knows for sure is that there is something horrifying in her memories the people hiding her want to access—and there is nothing they won’t say—or do—to her to get her to remember.

At night she dreams of a tattered carnival tent and buttons being sewn into her skin. But during the day, she shelves books at the local library, trying to not let anyone know that she can do things—things like change the color of her eyes or walk through walls. When she does use her strange powers, she blacks out and is drawn into terrifying visions, returning to find that days or weeks have passed—and she’s lost all short-term memories. Eve must find out who and what she really is before the killer finds her—but the truth may be more dangerous than anyone could have ever imagined.

My thoughts:
This book is frustrating. Now before I go further, let me explain that it is a good thing. :) You are supposed to be frustrated and a bit confused. You are following the protagonist, Eve and she is frustrated and confused. She has memory loss and is trying to feel her way, trying to figure out who she really is and why she is being protected by the witness protection program. Yes, those answers come, but it is only revealed when it is revealed to Eve.

There is also a surreal dreamlike quality to most of the book. Eve slips into dreams or visions and we aren't quite sure if it is real and pieces to a puzzle or just her fantasy. It does provide clues, but you are just uncertain as to exactly what those clues are.

In the end you are rewarded with answers and a clear understanding as to what is going on within this universe. Even a twist I didn't expect. It is odd, strange, and a bit convoluted as a paranormal carnival might be. It's dreamlike in it's ability and if you like these things, you won't be disappointed in this book. I give it 4 stars.
Posted by Melissa (Books and Things) at 12:00 AM

Email ThisBlogThis!Share to TwitterShare to FacebookShare to Pinterest
Tag! You're it!: curiosities, dreams, magic, YA