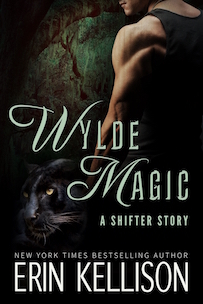 Novella
*Supposed to be published Jan. 2016 but is still only a part of the Mammoth Book of Souther Gothic Romance


*Previously Published in the Mammoth Book of Southern Gothic romance

Returning home after a decade of study, historian Jack Wylde has to contend with a family curse he’s dedicated his life to breaking and a brother on the edge of madness. The last person he wants involved is Sergeant Evangeline Renard, the only friend he ever had as a kid, now on the Bloomfield police force. When news spreads of a vicious animal attack on the outskirts of town, he knows eventually the bloody tracks will lead to the dilapidated steps of what was once the grand Wylde family estate. And sure enough, look who’s knocking on his door…

Ah... one of the few reviews that got away from me. I was supposed to review this one in Feb, but I guess April is fine. ;) It was supposed to be published as a novella, but I have not seen it separate from the anthology.

In this book we find Jack who is dealing with a family curse that ends in insanity. Seeing every family member go down this path he knows it will be his time soon. An old flame Evangeline (now part of the police force) comes to see what has been going on with a black panther attacking the residents in the small town. Now we have to figure out if they will solve the puzzle in time or will Jack go the way of the rest of his family?

For me, if you are going to read a novella, read one by Erin Kellison. It feels complete and you are only left wanting more in the world she has created. This book is a bit different. You are left with feeling like you need to know more about this world before we were cut off. However, what we do get, is good. You are captivated wanting to solve the mystery of Jacks family and beyond. I do hope there will be more in this series and I do believe that is the plan. I give this book 4 stars and recommend it to those that love shifter romance.
Posted by Melissa (Books and Things) at 12:00 AM

Email ThisBlogThis!Share to TwitterShare to FacebookShare to Pinterest
Tag! You're it!: adult, novella, Romance, shifter