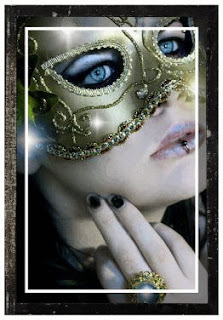 Since it seems that I've been on a YA kick, I thought I'd share some news I happened upon at Kelly Gay's Blog. She is going to write a YA series with the first book called, "Darkness Becomes Her" under the pen name Kelly Keaton. She now has a Facebook page where she intends to write about her YA stuff. Go there and "like" the page!

This was taken right from the info page about the book:


DARKNESS BECOMES HER releases April 2011. A second untitled novel will follow in April 2012.

Here's a bit about the book taken from the Publisher's Marketplace listing: DARKNESS BECOMES HER, (GODS & MONSTERS, Book 1), in which a hardened teen on the run searches for the truth about her monstrous heritage with a group of misfit kids in a post-apocalyptic New Orleans, a city state now run by the creatures of the night.

Yay! This one sounds like something I really want to read!
Posted by Melissa (Books and Things) at 3:05 PM

Email ThisBlogThis!Share to TwitterShare to FacebookShare to Pinterest
Tag! You're it!: YA