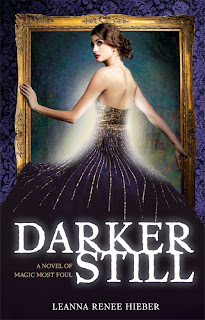 The shadows deepen on the gaslit streets of New York City in the year 1880. Curses and spirits, demons and rituals, blood and faith, love and danger; such is the stuff of Magic Most Foul. Find your voice... or else. 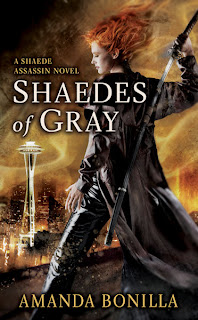 Shaedes of Gray by Amanda Bonilla
tbp: Dec. 2011
From Goodreads:


“I’d learned the hard way that love is nothing more than the sharpest blade, and it can easily be turned against you. I refused to let anyone have that kind of power over me ever again.”

In the shadows of the night, Darian has lived alone for almost a century. Made and abandoned by her former love, Darian is the last of her kind—an immortal Shaede who can slip into darkness as easily as breathing. With no one else to rely on, she has taught herself how to survive, using her unique skills to become a deadly assassin.

Darian finds herself struggling to keep her employer Tyler at arm’s length, especially since his seductive smile makes her want to break her rules about love. The work he offers is necessary to protect the innocent—and a welcome distraction. But when Darian’s next mark turns out to be Xander Peck, King of the Shaede Nation, her whole worldview is thrown into question. Darian begins to wonder if she’s taken on more than her conscience will allow, but a good assassin never leaves a job unfinished...

So, what is on your wishlist this week?
Posted by Melissa (Books and Things) at 12:00 AM