The Cipher by Diana Pharaoh Francis 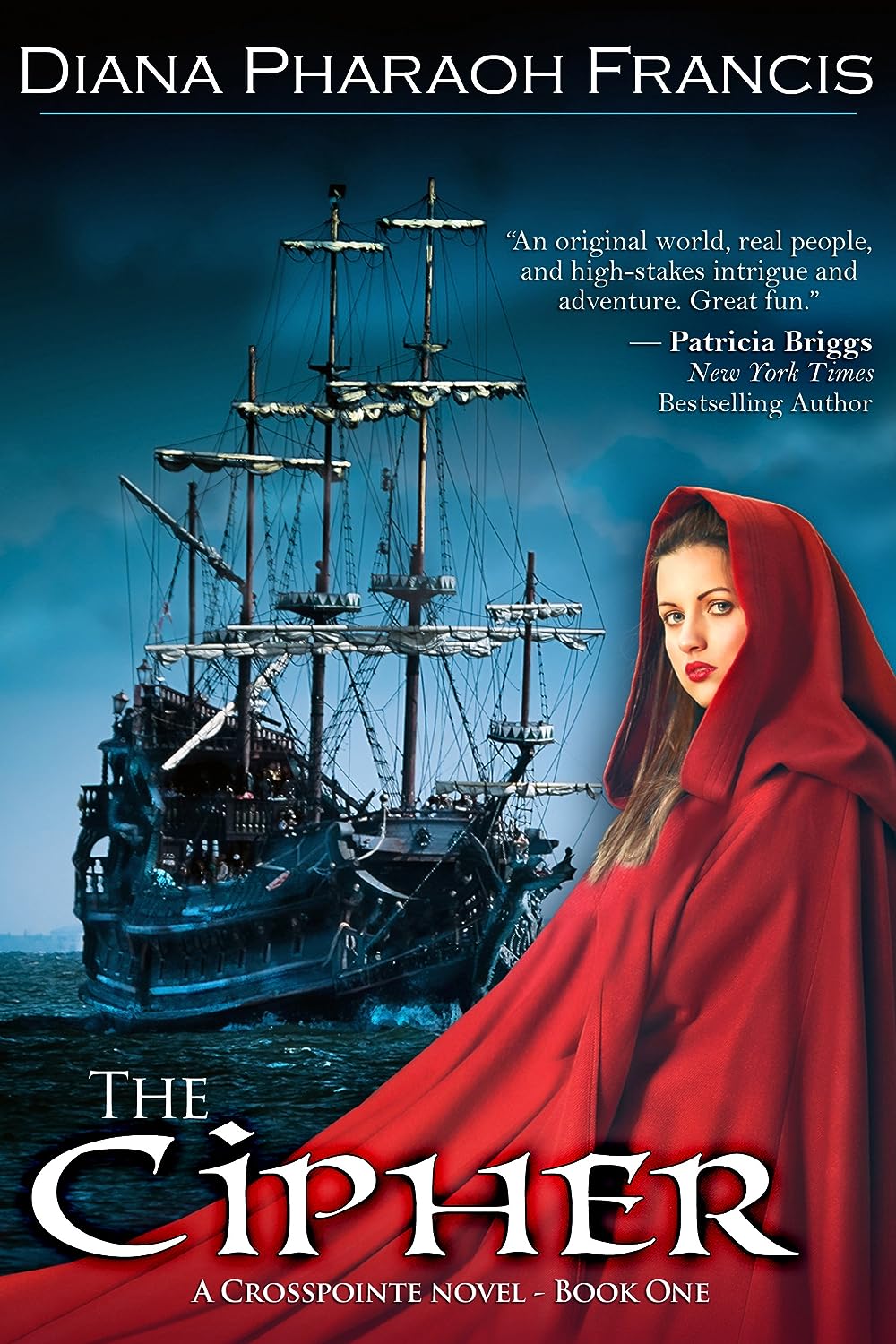 
A member of the royal Rampling family, Lucy Trenton possesses a most unique talent: the ability to detect majick and those who wield it. She has kept her ability a secret all her life to avoid bringing scandal to her family, but lately Lucy has grown careless. When she recklessly uses her gift to locate a valuable and treacherous majickal artifact, she finds herself embroiled in a dangerous intrigue that threatens her life—and the life of every person in Crosspointe.

Making her troubles worse, she’s being pursued by the dashing and mysterious ship captain Marten Thorpe—a man with an unsavory history. But now she desperately needs his help. The problem is, she doesn’t know if she can trust him…

My thoughts:
Although the new cover looks YA, this isn't a YA fantasy book. It is also a revised edition of the series. I do believe that the whole series is being revised in the same way.

The beginning is a bit slow in pacing, but you really get to know the "flavor" of the world where magic is possible and dangerous. You also get to know several of the characters. As Lucy gets more caught up into a political and dangerous magical plot the book becomes more involved and the pacing increases. There were several moments when you were on the edge of your seat trying to figure out just how she was going to get out of some of the scrapes that seemed impossible. The ending was satisfying and had me wanting more in this series but I have to admit that the "bad" guy ended up being a disappointment and a bit too convenient to defeat after so much build up.

I give this book 4 stars. Although this first volume had it's flaws, I was still drawn into the world wanting more in the end. I recommend it to those that enjoy fantasy.
Posted by Melissa (Books and Things) at 12:00 AM