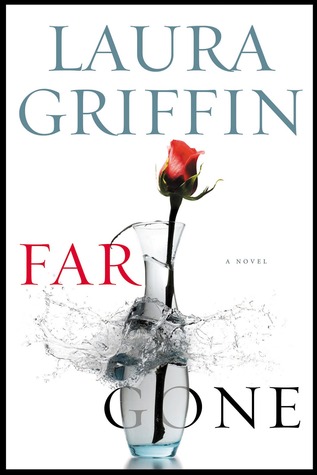 
To save her only brother, Andrea Finch must face down a criminal mastermind, the FBI, and her own demons in this thrilling novel from the author of the bestselling Tracers series.

Police detective Andrea Finch is a rising star in her department until a split-second decision derails her career. Disgraced and disillusioned, she's on leave from her job when she gets an urgent call from her younger brother. She'd prefer to ignore his latest plea for cash, but this time instinct tells her something is very wrong. Andrea's search for answers takes her to a dusty Texas border town where danger lurks in plain sight and nothing is quite what it seems.

FBI agent Jon North is working undercover in west Texas investigating an unsolved murder that may be linked to a broader plot. But when the evidence points to Andrea&amp's brother, Jon finds that persuading the stubborn cop to help will be harder than cracking his toughest case.

Andrea must find a way to do what's right while protecting her only sibling. As the clock ticks down on a deadly plot, Andrea and Jon race to confront a heartless killer who will stop at nothing to deliver a final, terrifying message.

My thoughts:
I enjoy Laura Griffin's Tracer series and so I was quick to get this one for review. It has all the elements for a good romantic suspense and it also has a strong female lead. All are aspects to Laura Griffin's work I enjoy. The lead male character is alpha male with a strong protective streak, but he is also compassionate. They are both workaholics with romantic pasts that never quite worked. Sparks fly and both have to wade through their emotions to come to the conclusion that they don't want to be with any one else.

The mystery part wasn't so much a who done it, but more thriller type with a home grown terrorist. Andrea finds her brother mixed up in the whole thing which also makes her mixed up in Jon's case. A case he is virtually flying solo on since he has not convinced the FBI that his suspect is the correct one. Despite Jon not wanting Andrea involved, he finds that she is invaluable in getting the case solved and the FBI on the correct track.

I give this book 4 stars. The thriller part isn't something new, but still interesting. The romance is interesting in the way the two come together and they make a good match for the other. I don't know if this is a series, but I could see this book either be a standalone or part of a new series. I recommend it to those that enjoy romantic suspense and thrillers.
Posted by Melissa (Books and Things) at 12:00 AM

Email ThisBlogThis!Share to TwitterShare to FacebookShare to Pinterest
Tag! You're it!: adult, Romance, suspense, thriller