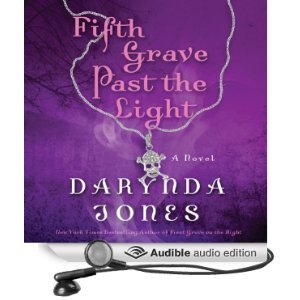 
Never underestimate the power of a woman on a double espresso with a mocha latte chaser high. (T-shirt)

Charley Davidson isn't your everyday, run-of-the-mill grim reaper. She's more of a paranormal private eye/grim reaper extraordinaire. However, she gets sidetracked when the sexy, sultry son of Satan, Reyes Farrow, moves in next door. To further complicate matters, Reyes is her main suspect in an arson case. Charley has vowed to stay away from him until she can find out the truth... but then dead women start appearing in her apartment, one after another, each lost, confused, and terrified beyond reason.

When it becomes apparent that her own sister, Gemma, is the serial killer's next target Charley has no choice but to ask for Reyes' help. Arsonist or not, he's the one man alive who could protect Gemma no matter who or what came at her. But he wants something in return. Charley. All of her, body and soul. And to keep her sister safe, it is a price she is willing to pay.

Charley Davidson is at it again in Fifth Grave Past the Light, the sexy, suspenseful, and laugh-out-loud funny fifth installment of the New York Times best-selling series by Darynda Jones.

My thoughts:
Well, it's the 5th book and I'm still wanting more. If you enjoyed the series through the 4th book, the enjoyment will continue in the 5th. In this book not only does she solve multiple cold cases she also finds out more about herself in the process. Oh and if you liked Reyes in the last book (you may leave the room now because... none of that... he's MINE) you won't like him in this one. No, not at all... so leave him all to me. Okay, you know I'm lying, but geeze... how am I supposed to get you all away from him? :)

The humor is still spot on and I do know a bit of sign language (yes, some of the naughty words...) and yes... she is spot on with her descriptions of a some of those naughty signs. Um... where has she been researching this stuff? LOL The action is just as intense as the other stories and there is an ending that will leave your mouth hanging open. Not a cliffie, but will surprise you.

Hm... speaking of that ending... How dare she make me wait a month for the next book. It is going to be a hard wait. Oh and yes, I'm going to do it on audio as well. I just love Lorelei's voice in this series and I seriously recommend it on audio (in case you didn't see my other reviews of the audios of this series). It's a great series. Read it... better yet, listen to it! 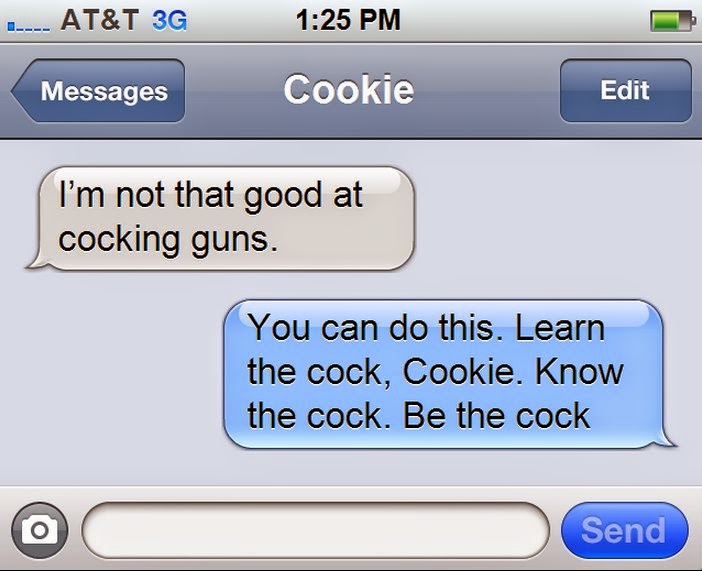 ...just an example of some of the humor. This one is from the Charley Davidson FB page. Seriously, all fans of this series should like that page. :)
Posted by Melissa (Books and Things) at 12:00 AM

Email ThisBlogThis!Share to TwitterShare to FacebookShare to Pinterest
Tag! You're it!: audio, demon, paranormal abilities