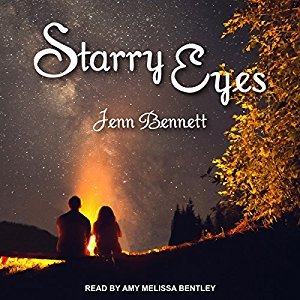 Ever since last year’s homecoming dance, best friends-turned-best enemies Zorie and Lennon have made an art of avoiding each other. It doesn’t hurt that their families are the modern day, Californian version of the Montagues and Capulets.

But when a group camping trip goes south, Zorie and Lennon find themselves stranded in the wilderness. Alone. Together.
What could go wrong?

With no one but each other for company, Zorie and Lennon have no choice but to hash out their issues via witty jabs and insults as they try to make their way to safety. But fighting each other while also fighting off the forces of nature makes getting out of the woods in one piece less and less likely.

And as the two travel deeper into Northern California’s rugged backcountry, secrets and hidden feelings surface. But can Zorie and Lennon’s rekindled connection survive out in the real world? Or was it just a result of the fresh forest air and the magic of the twinkling stars?

I have to admit that by now I think I will read or listen to anything Jenn Bennett writes. Another good YA romance book and I am smitten with the characters. It also has some excellent (and one not so excellent... but that was intentional) secondary characters. I especially love her adopted grandparents and her mom (oh the way they are all together!). Also, I have to note that the cast was eclectic and that made me love this book even more.

It also has everything you want in a YA. It does have sex in the book, but it is handled well and is geared toward older YA. It also has bad decisions and miscommunication as you often expect in a friends to hate to love romance, but it is handled well. The drama is well placed and makes sense. It enhances the book and gives them reason to know each other again. This is a contemporary romance you should try if you haven't already.

The narrator is now my voice for Bennett's YA. I hope she does more books as the author writes them. I wouldn't hesitate to pick another with her narration.

I give this book 4 1/2 stars. If you shy away from YA contemporary romance, give this one a try. It is as well written as her other works and this author has a solid fan in me.

Email ThisBlogThis!Share to TwitterShare to FacebookShare to Pinterest
Tag! You're it!: audio, library, Romance, YA