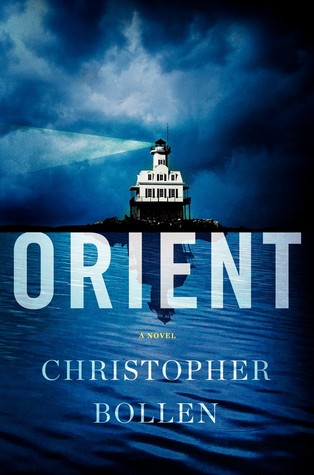 As summer draws to a close, a Small Long Island town is plagued by a series of mysterious deaths— and one young man, a loner taken in by a local, tries to piece together the crimes before his own time runs out.

Orient is an isolated hamlet on the North Fork of Long Island—a quiet, historic village that swells each summer with vacationers, Manhattan escapees, and wealthy young artists from the city with designs on local real estate. On the last day of summer, a teenage drifter named Mills Chevern arrives in town. Soon after, the village is rocked by a series of unsettling events: the local caretaker is found floating lifeless in the ocean; an elderly neighbor dies under mysterious circumstances; and a monstrous animal corpse is discovered on the beach not far from a research lab often suspected of harboring biological experiments. Before long, other more horrific events plunge the community into a spiral of paranoia.

As the village struggles to make sense of the wave of violence, anxious eyes settle on the mysterious Mills, a troubled orphan with no family, a hazy history, and unknown intentions. But he finds one friend in Beth, an Orient native in retreat from Manhattan, who is determined to unravel the mystery before the small town devours itself.
Suffused with tension, rich with character and a haunting sense of lives suspended against an uncertain future, Orient is both a galvanic thriller and a provocative portrait of the dark side of the American dream: an idyllic community where no one is safe. It marks the emergence of a novelist of enormous talent.

I was in the mood for a good thriller/murder mystery when this one came up for review. Unfortunately it wasn't everything I wanted in a thriller but the mystery was pretty good.

The book mainly contains a lot of worldbuilding of a small town who are known to not like "outsiders" living in their pristine town. While I can appreciate the attention to detail, it felt as if the mystery got a bit lost for the bulk of the book and it slowed the story down so much I can't call it a thriller. However, I totally agree that the expectation of a thriller was of my own making. That may have colored my view of the book. In the last quarter of the book, the mystery really perked up and I honestly didn't know who the killer was until the very end. My guesses kept getting twisted but it made sense in the end. It does however have an open ending even though it is a standalone. Normally this would bother me but I saw an open ending coming because of the prologue. I had a feeling it wouldn't end like these books normally end. I think that knowing ahead of time helped me to not hate the ending.

I give this book 2 1/2 stars. The worldbuilding and multiple POVs seemed to really slow down the plot of the book. I do recommend this book on the mystery. The ending was good and I did enjoy the twists. I also think that others will appreciate the details given in the book. It does lend a leisurely pace to the bulk of the book which does counter the twisty end. It just wasn't what I personally wanted in a mystery.

Christopher Bollen is an editor at large for Interview magazine. He is the author of the novel Lightning People, and his work has appeared in GQ, the New York Times, the Believer, and Artforum, among other publications. He lives in New York.

Email ThisBlogThis!Share to TwitterShare to FacebookShare to Pinterest
Tag! You're it!: crime, murder, mystery